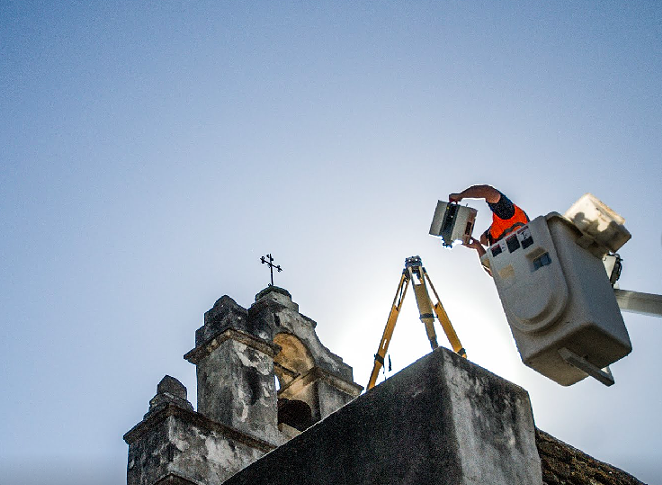 In a bid to preserve heritage sites and improve their accessibility, Internet giant Google has launched virtual 3D tours of 27 world wonders — among them, San Antonio's Missions.

That's right, the Southside's collection of 18th Century Spanish colonial missions is standing tall next to Chichén Itzá, Pompeii and Brandenburg Gate in Google's newly minted Open Heritage project.Check out the tour, and don't forget to drag your mouse around to get the full 3D effect.

To create Open Heritage, Google Arts & Culture worked with CyArk, a nonprofit creating a 3D digital archives of endangered world wonders. The group came into existence after founder Ben Kacyra, a pioneer of laser scanning technology, saw footage of the Taliban destroying 1,500-year-old Buddhist statues and wanted to digitally preserve other sites before they were damaged by nature or knuckleheads.

Of course, many San Antonians already cherish our missions and understand their historical heft. (In case you needed a refresher, they're North America's largest collection of Spanish colonial missions and a designated UNESCO World Heritage Site).

But if you've ever had trouble explaining to faraway friends that our city has more going on than the Spurs and the River Walk, now's your chance to shoot them a link and let them gawk in wonder.