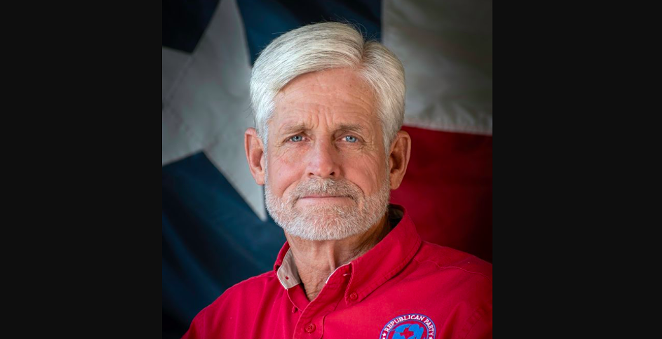 A Seguin-based Texas Republican Party official was pulled into a game of Social Media Cleanup this weekend after an online post saying Sen. Mitt Romney, R-Utah, should be "introduced to our friend Mr. Guillotine."

Terry Harper, a member of the State Republican Executive Committee, made the comment Saturday on Facebook. His remark came in response to Romney blasting fellow Senate GOPers for planning to object to the Electoral College's vote to make Joe Biden the next president.

People on social media objected to Harper's remark, asking the FBI to question him for what they argued was a death threat, the Dallas Morning News reports.

Harper, who represents a committee district that includes San Antonio, appears to have since removed his post. However, Quorum Report editor Scott Braddock tweeted a screenshot obtained of the offending post.


Amid the uproar, Harper replied online that his beheading reference had all been a metaphor, the Morning News reports. Romney, his logic went, is the "head" who represents Utah voters.

“Hence the reference to Mr. Guillotine and the separation of the Head (Romney) from the Body (Utah Voters) is simple….Never did I suggest or wish harm to the Senator,” he said in a post quoted by the newspaper.

Harper also offered up a backhanded apology to those who "failed to understand my post as I did not make it clear to those who make assumptions based on their personal agenda."

But Braddock wasn't ready to give Harper's explanation a pass, pointing out that the GOP official shared a post on December 22 suggesting that people use their stimulus checks to build guillotines.

But not a random metaphor. The same @TexasGOP official who suggested the guillotine for Sen @MittRomney also recently posted this suggestion for what people should do with their stimulus checks #TxLege https://t.co/r79fhsCUCR pic.twitter.com/I9mvrkj7JO