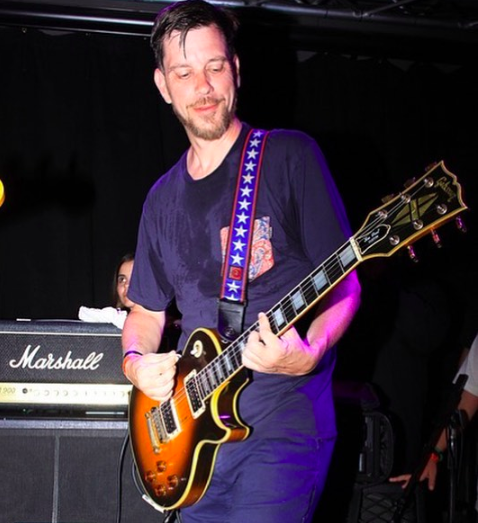 Alex Brown of New York hardcore band Gorilla Biscuits has passed away at 52 from an aneurysm according to Pitchfork.

The second guitarist for the punk stalwarts, Alex Brown actually played in the straight edge hardcore bands Side By Side and Project X, before joining Gorilla Biscuits in 1989, just in time for their most influential record Start Today.

He also was a painter and a key player behind the New York City-based fanzine and record label Schism.

Brown’s fellow members in Gorilla Biscuits including frontman Civ made the announcement on Saturday, February 2 via social media that the guitarist had died.

The world lost a son,brother,uncle,artist,musician and loving friend this week. I lost my bandmate and friend of over 30 years, a piece of my heart died this week and all I can do is think of all the fun, shows, meals flights and trips we had together. All the late night talks and all the early morning hangs with him and my wife and kids. There will never be another alex brown. A memorial service will be held in Iowa in the coming weeks. Tell the ones you love that you love them, alex passed away from natural causes a basal ganglia stroke.#schism #gorillabiscuits #sidebyside #kronkeypopjoy #unclealex