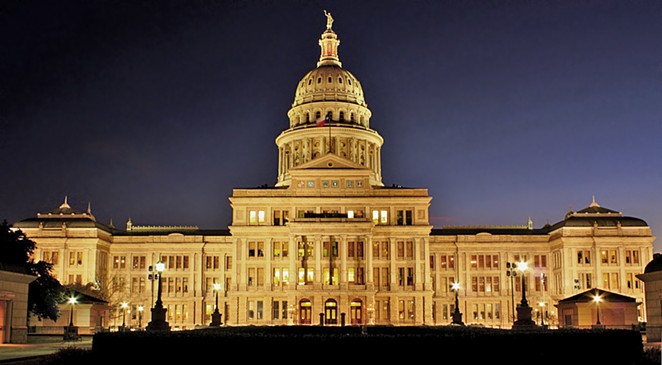 On Tuesday, Gov. Greg Abbott promised to add a slew of hardline conservative items, like a so-called “bathroom bill” to discriminate against transgender public school kids, to a special session of the Texas Legislature.

At the afternoon presser announcing the 30-day special session, which is slated to start on July 18 and for which Abbott alone controls the agenda, the governor began with a mild scolding of the Texas House and Senate for failing to pass routine housekeeping measures (so-called "sunset" bills) to keep the lights on at critical state agencies, like the Texas Medical Board, before the end of the regular session last week. It was a very public talking-to that comes amid speculation Abbott can barely keep his party from splintering into, as the New York Times recently described it, "a cacophony of ideologies on the right and far right."

"Because of their inability or their refusal to pass a simple law that would prevent the medical profession from shutting down, I am announcing a special session to complete that unfinished business," Abbot declared on Tuesday. He then pivoted and effectively rewarded the political forces that hijacked the legislature in the waning days of the regular session in hopes of pushing the GOP-dominated legislature even further to the right.

Or, as Abbott explained it: "If I’m going to ask taxpayers to foot the bill for a special session, I intend to make it count."

That apparently means giving Lieutenant Gov. Dan Patrick and his uber-conservative supporters much of what they stomped and pouted over not getting in the legislature's final days. It was Patrick who flipped the usual power dynamics in late May and vowed to hold must-pass legislation hostage in the Senate until the Texas House budged on bathroom bills and property tax reforms designed to satiate the primary-voting base.

Abbott said that on July 18, the only item on the special session docket will be the sunset bill that lawmakers are basically required to pass. But once that's done, Abbott says he'll tack on another 19 items for the legislature to consider during its bonus round of lawmaking — like even more anti-abortion measures (because one omnibus anti-abortion bill per session apparently just isn't enough) and a bill to restrict bathroom access to transgender Texans.

Here's how Abbott addressed that last one: "At a minimum, we need a law that protects the privacy of our children in our public schools," an apparent reference to measures like Senate Bill 2078, which never made it to the governor's desk during the regular session and would prohibit transgender kids from using a school bathroom that matches their gender identity.

"Taken together, the special session’s agenda items constitute an assault on Texas’s most persecuted communities—on women, on schoolchildren, on transgender kids," said ACLU of Texas executive director Terri Burke in an emailed statement. Burke said that come July, lawmakers should expect "stiff resistance not only from the ACLU, but from every Texan who believes everyone deserves a fair shot rather than a government running roughshod over our civil liberties."