Gov. Greg Abbott On Ahmed Mohamed: 'Law Enforcement May Have Gone Too Far' 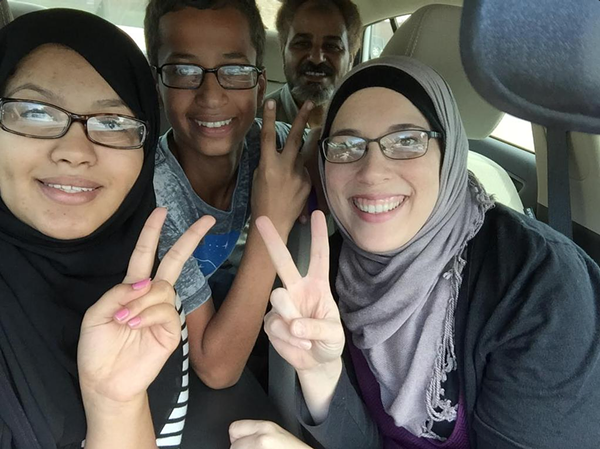 The Greg Abbott administration hasn't exactly been a bastion of reason since Abbott moved into the Texas Governor's Mansion in January.

The most glaring example came this spring, when Abbott stoked fears about Operation Jade Helm, a routine military exercise held in Texas and several other western states. Abbott directed the Texas State Guard to "monitor" the training, a nod toward conspiracy theorists and others who thought the exercise could be some sort of covert hostile takeover or the institution of martial law.

So it's refreshing to see a logical, metered response from the governor on an issue that's justifiably caused an Internet-wide firestorm: the arrest of Ahmed Mohamed, the 14-year-old Irving ISD student who was handcuffed and questioned for bringing a homemade clock to school.

Law enforcement believed the clock to be a bomb. Mohamed was released after his parents explained that this wasn't the case.

When asked about the situation today, Abbott responded:

“The last thing we want to do is put handcuffs on a kid unjustifiably,” Abbott said, according to the Dallas Morning News. “It looks like commitment to law enforcement may have gone too far.”

Mohamed's arrest sparked outrage and support from all over the world. He garnered shoutouts from President Obama, Facebook founder Mark Zuckerberg and scores of other politicians and celebrities. He earned a public accolade from his "dream school," the Massachusetts Institute of Technology. For a 24-hour news cycle that included a Republican presidential debate, he more or less ruled the world.

With so much support stacked up in Mohamed's corner, it would have been practically impossible, or at least politically poisonous, for Abbott to take any other position. But it’s nice and worth noting that he’s on the right side here nonetheless.