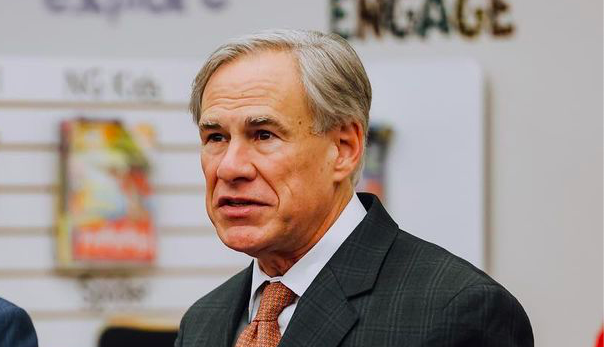 During a Monday campaign stop in South Texas, Abbott wrongly said possession of small amounts of marijuana is a Class C misdemeanor, punishable with a ticket and a fine. In reality, even low-level pot busts in Texas are still Class B misdemeanors, which call for up to six months in jail.

“Marijuana is now a Class C misdemeanor in the state of Texas, and so one thing that that I believe in — and I believe the state legislature believes in — and that is prison and jail is a place for dangerous criminals who may harm others, and small possession of marijuana is not the type of violation that we want to stockpile jails with,” Abbott said. "So, we have been making steps in that regard."

While the Texas House advanced a decriminalization bill during the 2019 session, Lt. Gov. Dan Patrick — a longtime Abbott ally — killed the measure in the Texas Senate, Marijuana Moment and reform advocates pointed out.

In a tweet, the group Texans for Responsible Marijuana Policy thanked Abbott for speaking in favor of decriminalization, but noted that the current Class B misdemeanor classification for pot possession can yield lifelong criminal records for violators.

"And it's a felony for any amount of cannabis concentrate like a vape pen or brownie," the group also tweeted.

And it's a felony for any amount of cannabis concentrate, like a vape pen or brownie.
Legislation to fix this disparity was passed by the House and Senate, but killed by Senate leadership when they couldn't tack on a last minute, poorly written amendment re: D8THC.

Abbott's decriminalization comments came the same day the city of Austin certified a ballot initiative that would stop incarcerating people for possessing small amounts of pot in that city.