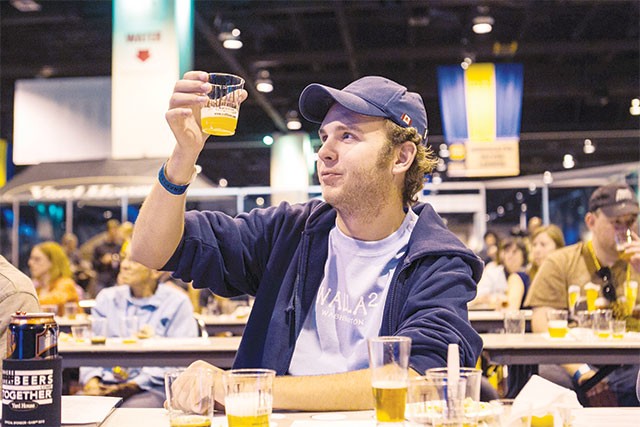 You’ve heard of the Great American Beer Festival. Each year you keep saying you’ll make the trek out to the Rocky Mountain state. Now the year has finally come (that is, if you’re one of the lucky ones), and you’re heading to Denver, Colo. for the beer event of the year.

The Great American Beer Festival (GABF) began in 1982 and is presented by the Brewers Association, the trade organization that represents the majority of the small and independent breweries in the U.S. With each passing year there are more brewery exhibits, more beers to drink and more folks clamoring for admission. This year’s tickets, both pre-sale and public, sold out within hours of going on sale, disappointing many of those not able to nab admission.

In addition to the crowd-pleasing brewery booths, the festival also judges entries from breweries around the U.S.: Texas won big in 2012, racking up five gold medals, three silvers and one bronze prize. With 2,700 different types of beers poured, the competition itself saw 4,338 entries in 84 separate categories with 185 beer experts from 11 countries. The Lone Star state is poised to have even more breweries show at the three-day event in 2013.

“The festival is important to Texas breweries–both from a visibility perspective on floor, as well as the competitive perspective,” said Charles Vallhonrat, executive director of the Texas Craft Brewers Guild. This year will see more than 28 brewery booths at the festival repping Texas. Locally, Freetail Brewing Co. is the lone booth representing San Antonio. “This is our fifth year at GABF and we are proud to show the rest of the country what Texas can do,” said head brewer Jason Davis.

Freetail will be pouring Buffalo Hump 1840, an exquisite American IPA with a well-balanced malt and hop profile; Witicus Double Rye Wit, a gorgeous amped-up version of their Rye Wit with hints of apple, pear and pineapple; Ananke Sour Ale, the base for their wild ale program with notes of chardonnay grapes and a little funk; and Salado Kriek, a barrel-aged cherry version of Ananke with just the right amount of cherry tartness.

The Texas Craft Brewers Guild will make an appearance at the Support Your Local Brewer pavilion, and will feature a multitude of handcrafted elixirs from many Texas breweries, giving the booth-less, such as San Antonio’s Ranger Creek Brewing and Distilling, the opportunity to share their wares. As a Colorado native, I love what my home state can do. But as a Texas transplant, we sure do know how to put out a tasty beverage, and we have much to show off.