There’s been so much great recorded music out of San Antonio that it would be damn near impossible to compile an essential albums list going back decades. So, instead, we’re sticking to a single decade. Here’s a sampling of the best local recordings of the past 10 years.

Sunny and The Sunliners — Mr. Brown Eyed Soul (2017)
Combining elements of soul, blues and jazz, Sunny Ozuna and his band the Sunliners helped pioneer a regional sound called Chicano Soul or West Side Soul that would dominate the late ’60s until the advent of Tejano the following decade. Recently released by Brooklyn’s Big Crown Records, Mr. Brown Eyed Soul compiles some of this influential band’s finest tracks.

Lonely Horse — Desert Sons (2015)
Throughout the 2010s, desert-rocking blues duo Lonely Horse built a regional following that helped catapult them to headlining slots at festivals like Afropunk. Though the group recently called it quits, they made a deep and lasting impact on the scene. Their last full-length, Desert Sons, delivers the best example of the high-energy Hendrix-like explosivity they’re known for.

Garrett T. Capps — Y Los Lonely Hipsters (2016)
In a few short years, Garrett T. Capps has emerged as a force in the city’s alt-country/neo-honky tonk scene, and Y Los Lonely Hipsters is a formidable representation of this new age in authentic — if occasionally offbeat — roots music. Not surprisingly, Capps’ maverick take on country is grabbing international attention. His song “Born in San Antone” appeared on the season premiere of the hit Showtime series Billions.

Buttercup’s longevity is a testament to the band’s solid songwriting, musicianship and ability to both create and maintain a solid following. Its latest album Battle of Flowers captures the band’s irreverent spirit and re-affirms it as the reining rey of San Antonio indie rock.

Deer Vibes is San Antonio’s answer to acts like the Broken Social Scene, Sufjan Stevens or the Polyphonic Spree — a rock orchestra that combines indie-pop with singer-songwriter elements and symphonic textures. As such, the band’s The Nature Of… is nothing short of majestic.

Grammy-winning accordionist and conjunto pioneer Flaco Jiménez doesn’t need much introduction. From playing in the Texas Tornados to working with the likes of Bob Dylan and the Rolling Stones, Jiménez is recognized worldwide as a squeezebox bad ass, and The Arista Sessions showcases some of his best work. 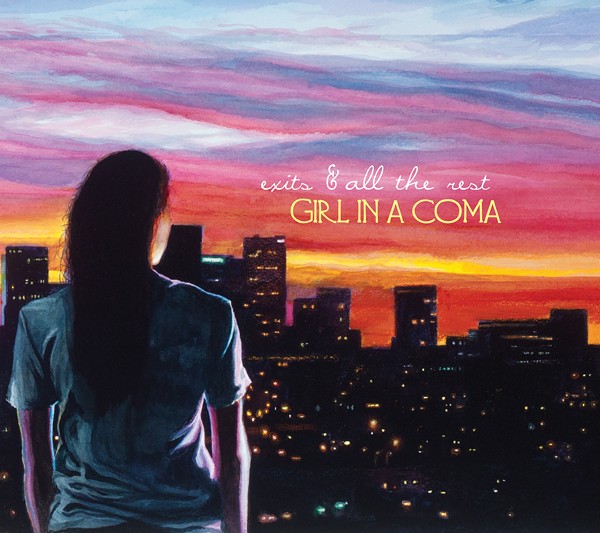 Touring with Morrissey and getting signed with Joan Jett’s Blackheart Records were just a few of the big accomplishments the all-female trio Girl in a Coma achieved during its 12-year run. The punk-informed alternative rockers’ final album Exits and all the Rest stands as the most mature and solid of their career, showcasing growth in both songwriting and musicianship.

Chris Maddin has fronted numerous rock projects over the years, including Blowing Trees and Filmstrips, but it’s his solo release Sterequiem that stands as the peak of his recorded output. The album is dreamy, psychedelic and probably the best local release of 2017.

Attacking social ills with explosive lyricism and hip-hop beats, Third Root’s aim is to entertain while teaching its audience about injustice and racism. The group — Charles Peters (Easy Lee), Marco Cervantes (Mexican StepGrandfather or Mexstep) and DJ Chicken George (DJCG) — delivered its most powerful and concise release to date with Libertad.

Fronted by Bianca Quiñones Cruz Benitez, Amygdala delivers a barrage of metal and hardcore with a lyrical focus on exposing systemic oppression, racism and injustice. Not surprisingly, the band’s mix of uncompromising sounds and uncompromising politics has won it a following as far away as Europe. Population Control is a heavy-hitting contribution not just to San Antonio’s underground music scene but punk rock in general.

While only four songs, metal band Hollow Prophet’s Hellhole is by far the most technical and heavy release to come out of San Antonio in years.

A few months before launching into a two-month tour with Nerdcore pioneer MC Chris, Bitforce released Nerdcore and Beyond, an epic album of metal covers of video game and cartoon themes including The Legend of Zelda, Sonic the Hedgehog and DuckTales.