When it comes to exposure for its music scene, San Antonio has often lived in Austin's shadow. But individual artists have certainly broken out to find bigger audiences. Here are a few making a noise that's been heard well outside of Loop 1604.

Lil Booty Call
Lil Booty Call has a baby trap vibe. In other words, he performs mumble rap minus the tough-guy lyrical themes we’ve come to expect. In fact, his delivery is almost kid-like. And while the rapper himself is cute and youthful, he’s made enough noise to sell out venues in LA just on the strength of his Soundcloud releases. That’s some real DIY clout if we say so ourselves.

The first drag queen to make it onto American Idol, Adam Sanders — better known as Ada Vox — made it all the way to the Top 10 in the singing-contest show’s last season. That high-profile run garnered praise from celebrities worldwide, including drag tastemaker RuPaul.

Part art installation, part ballroom vogue dance troupe, San Antonio’s House of Kenzo made waves in Texas’ underground club circuit for years before landing a slot at Poland’s Unsound Music Festival in 2018. The group’s performance won praise not only from the underground rave circuit but also the highbrow art world.

Hard rockers Nothing More have spent more than 15 years making a name for themselves with a mix of metallic riffs and memorable hooks. In 2017, the band’s radio-ready recordings and constant touring paid off with three Grammy nominations.

Blake
Even though San Antonio isn’t a music business hub, that hasn’t stopped artists from blowing up by using the Internet to full effect. To that end, Blake harnessed Soundcloud to build millions of streams of his mumble rap songs.

Fea
It’s not every day a San Antonio band earns praise from a punk icon. But that’s just what happened when Iggy Pop himself recently gave a shout out to SA-based riot grrrl act Fea during a Rolling Stone interview.

Idyll Green/Hacienda
Alt-R&B group Hacienda recently changed its name to Idyll Green due to some legal issues and a shift in its sound. But that’s not the only change happening for the band. Its profile has been expanding by leaps and bounds, from landing official SXSW showcases to appearing on The Late Show with David Letterman.

Much in the way Chicano Soul artists integrated regional sounds to create a fresh take on their genre, Piñata Protest has revved up punk rock with an infusion of Tejano. In addition to garnering attention from NPR, Pitchfork and the New York Times, the band’s unique sound has helped it land on high-profile tours including one opening for Brazilian metal legends Sepultura.

Wolf Party
From brooding, droning hums to screeching electronic assaults, Wolf Party’s sound arsenal is vast. What separates the one-man act from other experimental noise artists is his complete understanding and control when pulling sounds out of an amalgam of guitar pedals and electronic equipment. 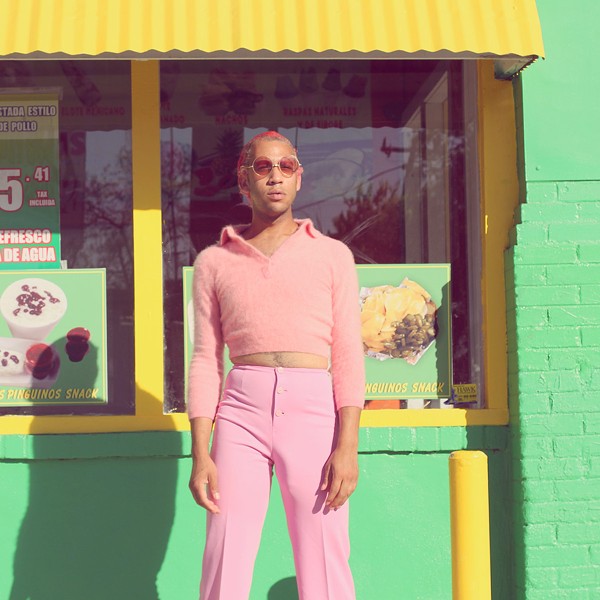 Unabashedly queer as fuck and almost obnoxiously self-assured, Wayne Holtz doesn’t just deliver a show but an experience. Armed with a soundtrack of bass-forward indie-pop, Holtz commands audience attention with rock ’n’ roll-meets-ballet moves that often carry him on top of the bar half-naked while he croons into the microphone. Think Mick Jagger meets Lady Gaga on mushrooms.