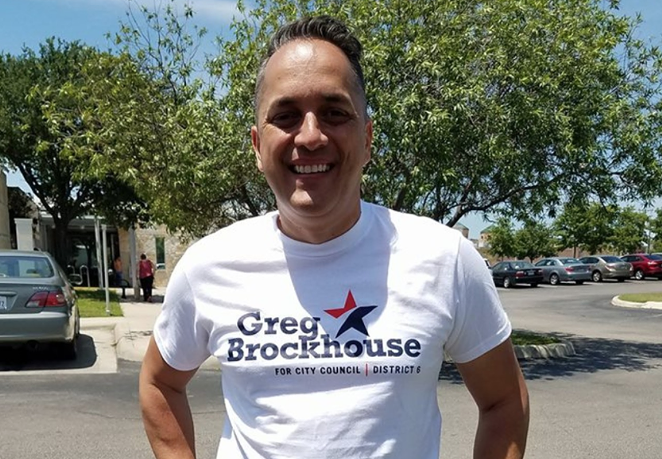 In a statement, Brockhouse called on council to make its vote on Sculley's bonus compensation in an open meeting rather than a closed-door executive session. Sculley, a Nirenberg ally, last month announced her retirement after voters approved a charter amendment limiting the pay of future city managers.

“On the heels of a citywide vote that mandated change in the compensation structure of the city manager, the least the full city council can do is engage
a public discussion and public vote," Brockhouse said in a press statement. "As a reminder, no decisions or action can be taken in executive session, so the only place to award a bonus is in a public forum."

Brockhouse, the sole member of council to support the charter amendment in the November election, said he voted against a bonus for the city manager last year and will oppose one again. (If you need a refresher on why Sculley's been a frequent target of Brockhouse and others, here you go.)

The whole debate over the setting appears to be a moot point, however. In a statement issued shortly after Brockhouse's initial salvo, Sculley said she's already declined to accept her 2018 bonus.

"When I announced my retirement, I agreed to stay to ensure an orderly transition to the new city manager," Sculley said. "I have dedicated 13 years of city management to San Antonio and look forward to assisting with the transition in the coming months.”