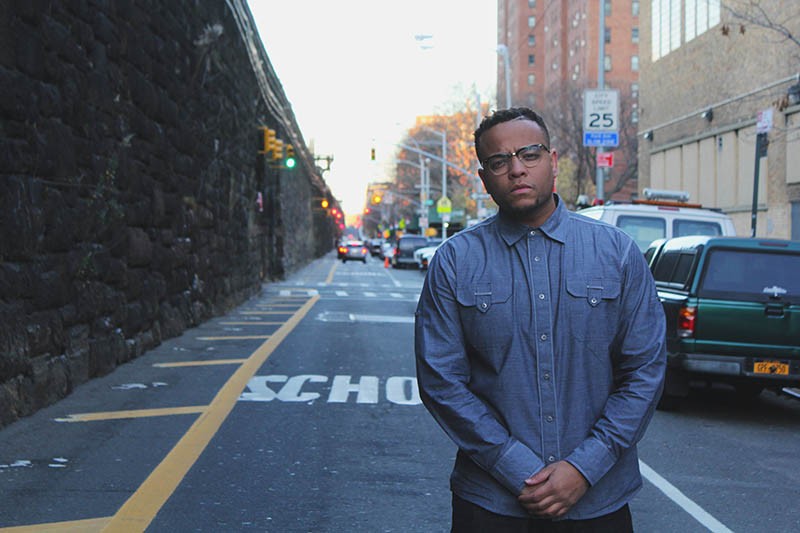 After the critical success of 2011's triumphant Gold Rush, the anticipation for Gregary Griffin's new mixtape The Feelin burns hotter than liquid gold. During a three-year release gap, the SA rapper/singer/producer/poet has been performing, teaching and soul-searching in addition to his career in hip-hop as Greg G. On The Feelin, out on January 5, Griffin departs from the sound of his "crown joy" Gold Rush, but keeps the soul intact that made it a tour de force.

On each project, the self-described Golden Child has put his signature on, his soul, sweat and blood can be heard in every lyric and beat. His brand of socially conscious hip-hop is an inspiration without being claustrophobic, compassionate without being saccharine sweet. "Even if you don't like what I'm saying, hopefully you can jam to it and feel good, or maybe I can say something to you to make you more introspective," Griffin told the Current.

Having recently moved to New York to pursue his music career and teach music composition at the Harlem Children's Zone, Griffin can only add more achievements to his illustrious career. Moving and leaving behind his family and friends was a big challenge for Griffin, an artist already rooted in the South Texas scene. "I would have a live band, get paid for shows and have a whole set," said Griffin. "When I came here, it would be just me and my keyboard onstage for 12 minutes. I've learned that I don't have to please anyone. My work is already done. The joy is in the journey and not the end."

For The Feelin, Griffin assembled a collection of SA's top talents, including rapper/producer Worldwide and songstress KiiKii Star, both starring on lead single "Runnin." Directed by frequent cohort Andrew Goodman, the video for "Runnin" is a throwback to the '90s and the song itself is an anthem for the lost, assuring them there is always an answer even in the darkest of moments.

Easy Lee of Third Root, Like Mike, Ray C and fresh faces Chris P and MDuKe all lend their talents to the mixtape's tracks. The Feelin is also a family affair, with collaborations from his sister and brother, DJ King Mike. "I would do them a disservice if I wasn't here in New York trying to make this as big as it could be," said Griffin. "It would be a disservice of them and their time and their effort. I have seen people not get groceries to pay me for studio time. It becomes more than music, it becomes more than getting my video on TV or getting my song heard on the radio."