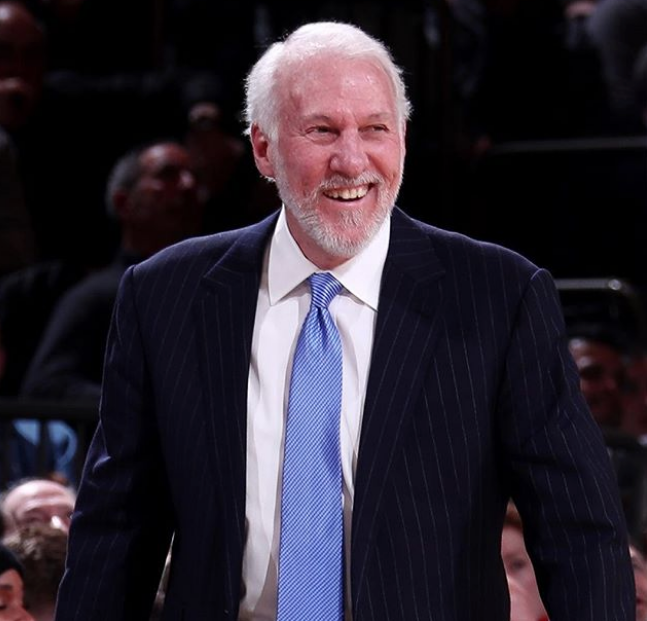 The 2019-2020 season marks Pop's 24th season with the Spurs, a record for the longest coaching tenure with the same team — not just within the NBA, but also in the NFL, NHL and MLB, according to reports.

Yeah, that's a big deal across the world of sports.

So what's his secret?

The beginning of the history-making season was made even better by the Silver & Black's 120-111 win over the New York Knicks. Though frequent turnovers made for a rocky game, a strong fourth quarter led the team to victory.

That win may have been even sweeter since it was against the Knicks, the team that Marcus Morris ultimately signed a one-year deal with after first committing verbally to the Spurs. The Spurs had only traded fan favorite Davis Bertans to the Washington Wizards and restructured DeMarre Carrol's contract to welcome Morris to San Antonio.

Ahead of the game, Popovich threw a bit of shade at Morris and the Knicks.

Reporter: Did the Knicks act unprofessionally with Marcus Morris situation.

Popovich: “Who signed him?”

Popovich: “There you go.”