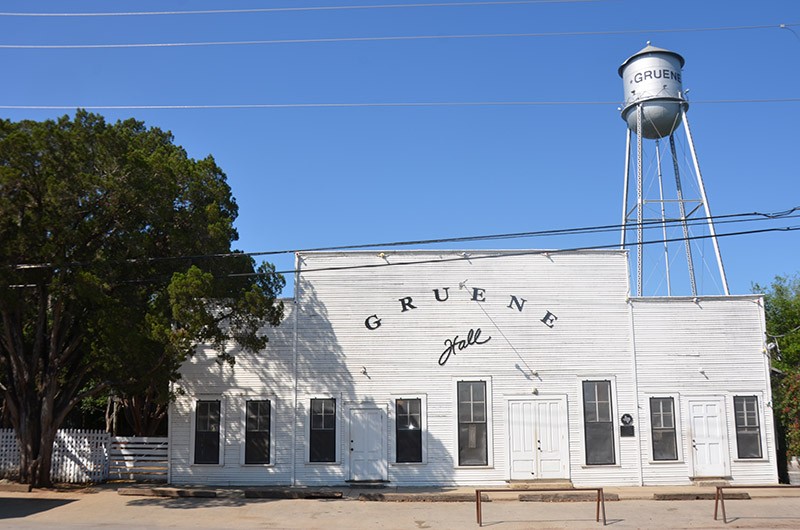 In its long clapboard history, very few alterations have been made to Gruene Hall, one of Texas' oldest and most frequented dance joints.

The "Willie door" may be the best-known exception.

Performing at Gruene Hall one packed evening in 1998, Willie Nelson felt uncomfortable about having to bum-rush through the crowd to get up onstage.

"We don't have a stage door, no green room or backstage or anything," said Pat Molak, co-owner of the hall. Sitting in Gruene Hall's beer garden, he pointed to the low-key podium.

"So the men's room is in the back corner, and we opened one of the flaps in the men's room, cut the chicken wire, put a little ladder up there and that's where Willie comes in," Molak said.

What the adjustment lacks in prestige, it makes up for in notoriety. When asked about the men's room portal, Molak employed the worn smile of a man who has explained a minor detail over and over.

"Kevin Costner was here with [his band] Modern West the other day and first thing they walked right back to the men's room," said Molak. "He asked, 'What's the deal with this Willie door?'"

Like Nelson's career, the modern history of Gruene Hall dates back to the '70s. Molak, sick of his gig as a stock broker, bought the hall in 1975 with his then-girlfriend Mary Jane Nalley, saving the venue from its status as a dusty, underutilized beer joint.

"The hall, all the back part was a big old warehouse, was a junk pile," said Molak, describing the building's current dance floor. "If you walked in the front part, you didn't even know the back was there."

At the time, the whole town of Gruene mimicked the venue's state of disrepair. Its few 19th century blocks were in danger of being torn down in lieu of new housing developments. By the 1950s, Gruene had effectively become a ghost town.

Over 100 years ago, the town told a different story, one of startup success and capital-letter American Dreaming. Ernst Gruene founded his eponymous little township in the 1840s, building on the dollar of his cotton crop. The mansion, the hall, the grist mill and all the lovely old buildings still there today are courtesy of the German immigrant's monopolistic success.

"Old man Gruene rented out to sharecroppers, so he had a little fiefdom going," said Molak. "He built the general store across the street and the farmers would go in and spend the rest of their money."

In 1878, Gruene's son Henry built the hall, a long wooden building with a gorgeous front façade, its posture stiff and remarkably upright. "He built the hall as a community center for the people," explained Molak. "On weekends, they'd have shindigs. Rumor has it they had badger fights in there one time. It was a very versatile, maybe semi-lawless community hall." 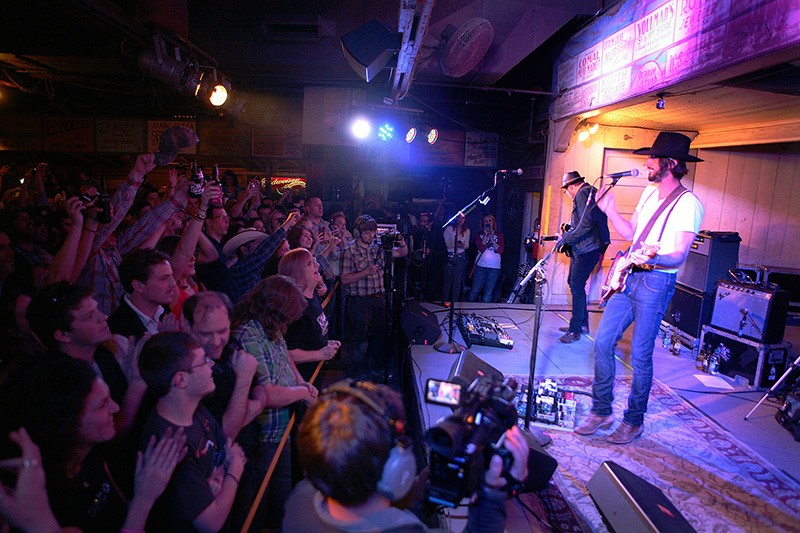 The area flourished for the next 50 years or so, until economic and plague conditions forced locals to flee to San Antonio and Austin. In the late 19th and early 20th centuries, the boll weevil ate its way up from Central America to Texas and the South. A bulb-shaped creature with an anteater's snout, the little monster decimated the cotton crop in South Texas.

It was in these conditions that Gruene suffered the stock market implosion of October 29, 1929. With a two-front war against the Great Depression and the boll weevil, the town raised a white cotton flag of defeat, chewed through in places by its beetle adversary.

Gruene retained its status as a ghost town until the 1970s, when a curious University of Texas student kayaked down the Guadalupe and saw the tattered but charming township. Chip Kaufman, an architecture major, convinced developers to build down the road instead of razing the town. By 1975, Kaufman got the township on the National Register of Historic Places.

For a second time, a young man willed Gruene into existence, rebooting the area as a a tourist destination. In 1975, Molak and Nalley got onboard, reviving Gruene Hall's reputation as a gathering spot.

With a revolution in country music underway in Austin, it was an ideal time for Gruene Hall to pop back into the scene. Doug Sahm, Jerry Jeff Walker, George Strait, Asleep at the Wheel and Willie Nelson were all making their statements in the state's capital. And down the road by the Guadalupe River, Gruene offered the real-deal Texas feel.

"It's the authenticity of it," said Molak. "Anybody can go to a stadium or a slick new joint. I don't want to brag, it's just a building. Tons of the old-timers say it's their favorite place to play. I think there is something to it; the crowd interaction is fabulous. Some say it's a little hot every now and then. We don't have AC."

Packed to capacity, things tend to get a little sweaty. Management will open the side flaps to the building, letting a thin cross breeze fight against the body heat. But the hall's temperature hasn't dissuaded any performers or patrons from showing up in the fat heat of a Texas summer night.

For the hall's 40th anniversary this weekend, Gruene favorites Asleep at the Wheel and Robert Earl Keen will pack the old, tin-roofed building.

About halfway through the conversation with Molak, co-owner Mary Jane Nalley arrived at the hall to give the abbreviated cinematic history of the joint: A BBC feature on the Texas Tornados, album shoots, the '93 Meg Ryan/Dennis Quaid joint Flesh and Bone. If it's in celluloid and has a scene in a Texas dance hall, it was probably shot in Gruene.

"There were several different movies filmed here in the '90s," said Nalley. "Texas was a lot more aggressive in the film industry at the time; they had more money to throw around."

Probably the most famous Gruene-featured flick is Michael, a '96 movie about a not-so-pious archangel. In one of John Travolta's classic dance scenes (there are so damn many!) he gets down to Aretha Franklin's "Chain of Fools," gathering a chorus of women to strut on Gruene Hall's bowing wood floors.

"It really exposed us to a wider market, especially for people on vacation," said Nalley. "From then on, we became the go-to hall for the film and travel industries."

The publicity is not without reason. From the whitewashed and wide-kerned front to the character of the beer-soaked wood inside, Gruene Hall is the picturesque vision of the dance hall, an endangered institution in Texas culture.

Built largely by German immigrants in the 19th century, dance halls are standing documents of the German influence on South Texas — where the accordion first met with Mexican styles to form conjunto.

"They were initially built as social halls as gathering places for the community," said Nalley. "And they became part of the social fabric of the place. And Gruene Hall is still that."