Guess Whose Political Forums Mayor Taylor Has Been Skipping 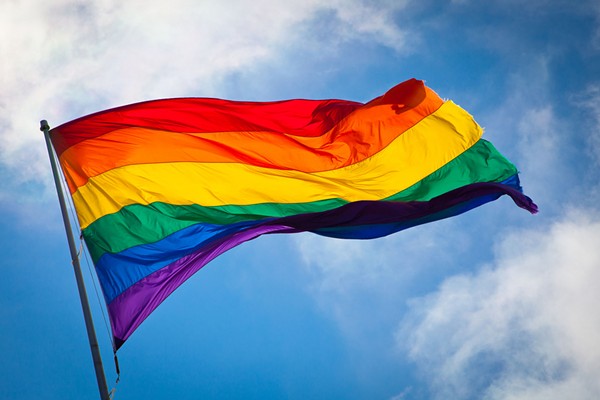 (Heads up: today, April 6, is the last day to register to vote in the May 6 municipal elections)

The rift dates back to the 2013 battle over an equal rights ordinance here, when homophobic and transphobic backlash from religious-right groups failed to stop City Council from passing protections against discrimination based on sexual orientation and gender identity. While Taylor, then a District 2 councilwoman, wasn’t as forceful as some of her conservative council colleagues in opposing the ordinance (like former councilwoman Elisa Chan, who remained unapologetic after being caught on tape calling trans people “disgusting”), her stance against protections for the LGBTQ community was unapologetic.

"I will not sacrifice my core values and beliefs for political gain," Taylor, who often talks about her Christian faith, said at the time. "If that was the expectation for me as a black woman, you’ve got the wrong sister in this seat." It was a defensive, sharp-elbowed response. Later, when she was running for her first full term as mayor, she told a crowd gathered at John Hagee’s Cornerstone megachurch: "I do not feel we should have even been debating that issue … I thought it was a waste of time."

Not long after, many in the community started calling her “Poison Ivy.”

Robert Salcido is among those who have tried to ease that tension during Taylor's first term, serving on an LGBT advisory group the mayor would rarely even meet with. His and others' push a city office that would actually receive and investigate allegations of discrimination eventually paid off — sort of. Months before her election in 2015, Taylor created the skeleton-crew Office of Diversity and Inclusion at City Hall, which advocates like Salcido are still pushing to make more effective (like, say, giving it subpoena power so it can actually investigate things).

Salcido, the volunteer director and board chair for Pride Center San Antonio, says he's remained engaged with the mayor's office because the passage of a non-discrimination ordinance only scratched the surface of what the city's LGBTQ community needs. Indeed, he's faced his share of criticism for it. Last year, when Taylor accepted his invitation to address a somber vigil after the mass shooting at an Orlando gay club, some turned their backs on her and yelled "shame on you." She finished her Bible verse ("Blessed are those who persecute you") and quickly left the mourning crowd.

Now, with the May 6 election fast approaching, Salcido says he's frustrated by how little he has to show for that engagement. On Monday, he watched inside the Fiesta Room at the downtown Luby's as the two other leading mayoral contenders — Bexar County Democratic Party Chair Manuel Medina and Councilman Ron Nirenberg — debated issues of diversity and inclusion at a candidate forum organized by the local League of United Latin American Citizens (LULAC) LGBT Council.

Taylor, while invited, was absent. Just as she was for all LGBTQ-organized candidate forums last year. Just as she has been for all three organized so far this year, at which virtually every other mayoral candidate has made an appearance, *including a well-attended forum by PolitiQueers and the local Stonewall Democrats.

Taylor's campaign folks blamed "scheduling conflicts." Salcido has another theory: "It's impossible to get her in a room full of queer people if they're going to be asking questions."

Among the questions that have come up at these forums: how to make sure local LGBTQ-owned businesses are adequately considered for city contracts, or how to boost the community's representation on city boards and commissions. At Monday's LULAC forum, both Nirenberg and Medina publicly said they'd support expanding the city's non-discrimination ordinance to cover not just city operations and contractors but also private businesses operating in San Antonio. Both said they'd support city funding for LGBTQ resources in the community.

Salcido already figures how Taylor might answer those questions. A few months ago, while he was meeting with the mayor, he says the notion that the city might help support an LGBTQ resource center came up. "She told me she wouldn't necessarily stand in the way of it," he said. "But then she said she'd still oppose spending any taxpayer money on what she called 'a controversial issue.'"

Perhaps we shouldn't be surprised that, in her bid for a second term as mayor, Taylor's ignoring a whole segment of the community that she considers "a controversial issue."

—
*Updated 4/15/17 to include the names of the other organizations that hosted mayoral forums.