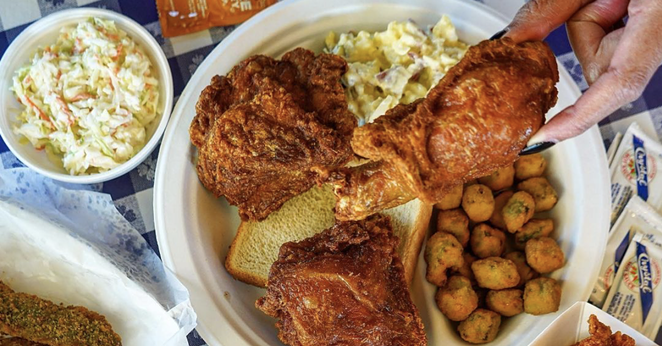 When the chain first announced its intent to open in Southtown across from Rosario’s in March, folks went crazy on social media, champing at the proverbial bit to get at Gus’s spicy yardbird.

Now, the chicken joint is finally getting ready to open, with a soft opening slated for June 20. The company plans to donate 100% of the profits from the soft opening to local charities, the Heron reports.

Interested diners can expect two- to three-piece fried chicken plates accompanied by your choice of side from baked beans, potato salad, coleslaw, mac and cheese and seasoned fries. Dessert options include pecan, sweet potato, coconut and chocolate chess pie, and beer and wine will also be available.

Eating at the new spot should’t break the bank, but is in line with its Southtown neighbors, running from $10-$20 per guest.