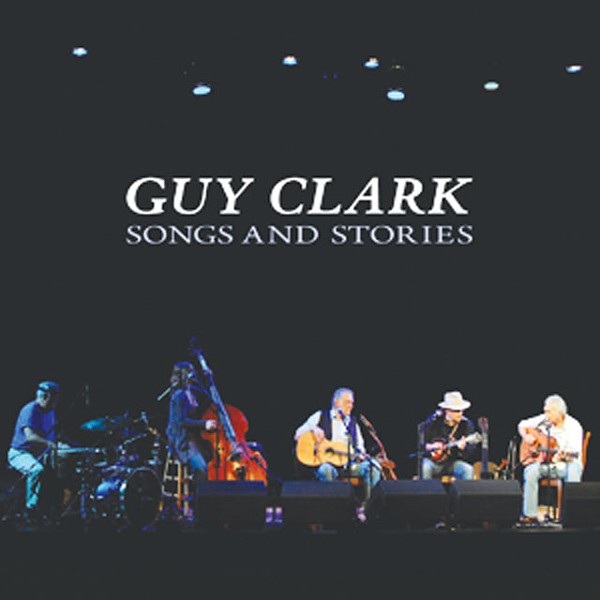 Guy Clark's songwriting gifts have earned him greater approbation from fellow musicians than commercial success. His sharp un-showy rhymes, plainspoken writing style, and evocative stories are delivered in gently persuasive country-folk arrangements. It's music that rewards repeated listening and is particularly impressive to those who appreciate the nuts and bolts of a well-crafted song. Indeed, Clark's so good at disappearing into his characters, you lose track of his own charms. This complaint's answered with the homey manners suggestive of a back porch hootenanny, one punctuated with frequent anecdotes, on Clark's new live album. Clark precedes his cover of Townes Van Zandt's "If I Needed You" with a quirky remembrance of Townes, interrupts the final stanza of "L.A. Freeway" for some contextual autobiography, and creates a laidback and wistful vibe akin to sitting with the man in his kitchen. Clark offers wonderful versions of "The Randall Knife" and road-touring ode "Out In the Parkin' Lot," proving to be in fine form throughout. But in the middle he allows sidemen Shawn Camp and Verlon Thompson to each sing a pair of their own songs (co-written with Clark, in Camp's case). These pale, however, next to Clark's nine compositions, diminishing the power and value of this release.