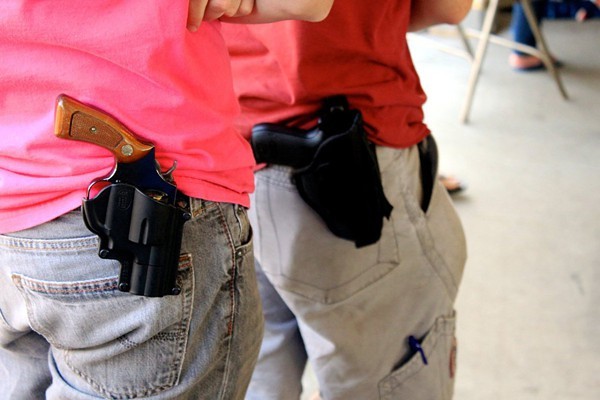 Don’t take your guns to H-E-B.

At least not on your hip or in a shoulder holster. Texas’ new open carry law, which goes into effect January 1, permit licensed adults to do so, but many businesses have the right to prohibit the practice.

Businesses must hang a sign at the entrance stating they do not allow openly carried firearms on the property (state Rep. Diego Bernal had such signs printed out earlier this year and gave them to any business that requested one free of charge).

The grocery giant is one of the establishments that’s opted out. It will still allow concealed carry of firearms, and Texans have long been able to carry long guns such as rifles in public.

According to the Dallas Morning News, other stores around the state that have opted out of open carry include Whataburger, Whole Foods and AMC Theaters. Businesses such as Kroger, Home Depot and Bass Pro Shops.