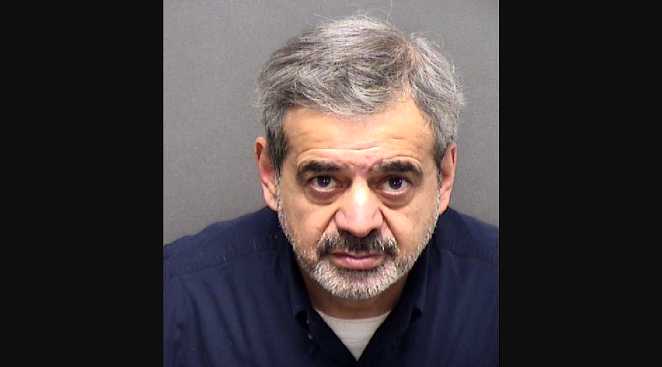 A man has been arrested after an H-E-B Grocery Co. receipt found on a murder victim's body led police to the evidence incriminating him.

According to multiple reports, Ruth Valdez's body was found along Isom Road on February 17, 2016. She had been stabbed to death and had an H-E-B shopping bag over her head. Inside the bag and stuck to the victim's face was a receipt, dated from the day before.

Investigators eventually went to the H-E-B store where the receipt was from — a location on West Avenue just two miles away from where Valdez's body was found. Upon reviewing the store's surveillance footage, authorities found evidence of Valdez making a purchase at the pharmacy with a man named Hashim Hashim.

Hashim, 66, had been dating Valdez, 49, according to the victim's daughters.

Police tried interviewing Hashim in March 2016, but were unsuccessful since the suspect primarily speaks Arabic. He was able to tell police that he was an Iraqi refugee by way of Syria. While local authorities made arrangements to bring in a translator, Hashim reportedly moved to upstate New York, where he was later arrested for felony domestic violence against another woman.

Police have yet to find the clothes Hashim was wearing the day he went to H-E-B with Valdez, though he said he may have left them at another woman's home. Though he admitted to going to the grocery store with Valdez, the suspect has not confessed to killing her. Hashim's DNA was reportedly found on Valdez's clothes and body.