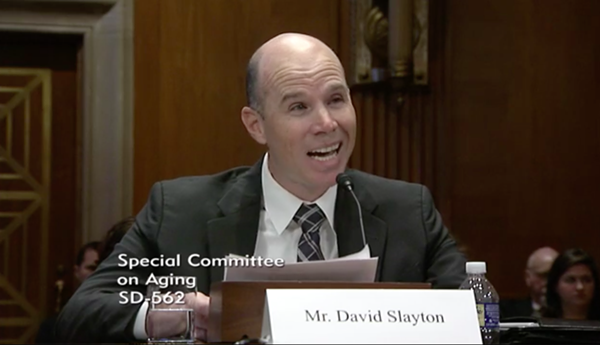 A top Texas court official has testified that 43 percent of the state's adult guardianship cases in a 27-county sample didn't comply with the minimum paperwork-reporting requirements.

David Slayton, administrative director of Texas' Office of Court Administration, also told the U.S. Senate Special Committee on Aging that guardians in some of the 27,000 reviewed cases played fast and loose with the money of people under their care.

"The project regularly found unauthorized withdrawals from accounts; unauthorized gifts to family members and friends; unsubstantiated and unauthorized expenses; and the lack of backup data to substantiate the accountings," Slayton said during an April 18 hearing on elder abuse.

Texas' guardianship program provides court-appointed caretakers for adults who, due to age or mental incapacity, can no longer look after themselves. The filing requirements are intended to show that guardians aren't ripping off or neglecting individuals in their care.

Slayton's testimony come less than a year after Gov. Greg Abbott used his line-item veto power to cancel a statewide program that would scrutinize guardianship cases for fraud or abuse. That move shaved an estimated $5 million (that's with an "m") off the $217 billion state budget (that's with a "b"), according to the governor's office.

At the time, Abbott said other recent improvements to the state's guardianship system should be allowed to work before he would authorize hiring more staff to conduct the reviews.

"The creation of a new state bureaucracy should be a last resort," he said in a written statement.

The data in Slayton's testimony came from a pilot project of the Office of Court Administration, which also found that 3,100 of the people under guardianship in its sample had died without courts knowing.

Attempts to contact both Slayton and the governor before press time were unsuccessful.

The findings are disturbing, but not necessarily surprising to Thomas Coleman, legal director for the Spectrum Institute, a California-based group that advocates for disabled people.

"The governor obviously doesn't care very much about seniors or people with disabilities or he wouldn't have vetoed that program," Coleman said. "God knows how many bad things are going on in the other counties because we don't yet know whether or not this is a representative sample."

Coleman added that the Texas guardianship system is "as bad or worse than any in the United States."

The estates of people under guardianship in Texas have a combined value of $4-5 billion, Slayton testified.