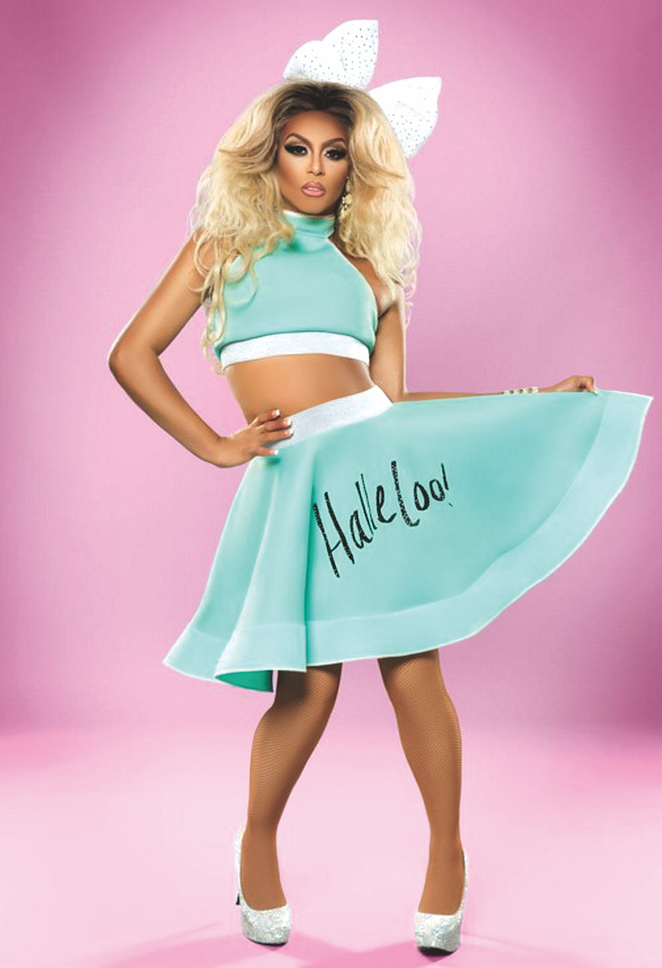 “I have so much more to offer,” drag performer Shangela Laquifa Wadley told the online LGBT entertainment site NewNowNext after her early elimination from RuPaul’s Drag Race back in 2010. As luck would have it, Shangela got two more opportunities to show audiences her still-developing drag chops — first on the third season of RPDR (where she literally jumped out of a box and became the first previous contestant to return to the reality competition series) and then on the third season of RuPaul’s Drag Race All Stars, where she slayed her way into the final four.

Born D.J. Pierce in Paris, Texas, Shangela suffered early on from minimal experience in two key areas: sewing (“This isn’t RuPaul’s School for Girls,” she was famously told) and, more importantly, drag itself, which she’d only been doing for five months. Drag daughter to fierce fellow Texan Alyssa Edwards, “the girl who keeps coming back” has slowly but surely proven she’s got staying power — evidenced by everything from forays into music (check out her single “Werqin Girl”) to her often-hashtagged catch phrase Halleloo to acting spots on mainstream shows like Glee, The X-Files and 2 Broke Girls.

1500 N. Main
San Antonio, TX
(210) 227-2600
General Services
Map
Get our top picks for the best events in San Antonio every Thursday morning. Sign up for our Events Newsletter.