Ahead of His San Antonio Show, Indie Rapper Homeboy Sandman Reflects on the State of Hip-Hop 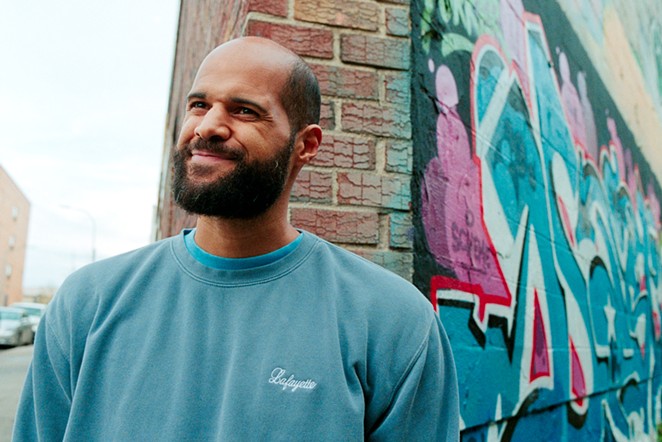 As evidence of his mic prowess, the rapper is connected to Stones Throw Records, an LA-based label known for top independent hip-hop talent including Jonwayne, Quasimoto and Madvillain — the collaboration between masked rapper MF Doom and producer Madlib.

With Homeboy Sandman hitting Paper Tiger on Sunday, December 15, to promote his new release Dusty, it seemed like a good time to pick his brain about his hurdles as an indie rapper and advice for up-and-coming microphone fiends. He spoke to the Current by phone last week.

How’s tour been so far, and what’s been the reaction to the new record?
Tour’s been a great deal of fun to this point. Yeah, you know, I’ve been doing a lot of the new Dusty records — the crowds have been great people — familiar with the work and excited about the work.

What’s been your biggest impediment coming up in the indie rap world?
I really think my biggest impediment has been myself — getting into my own way with all of my my keep-it-real, keep-it-indie, underground, purist kind of dogma. I’ve been really closed minded at times in regard to individuals, artists, opportunities. I think that it comes from a good place — like, it’s important to me to be true to myself artistically. At the same time, in the time I’ve been doing this now, which is getting on a dozen years, I’ve been able to not be so judgmental and be open to all varieties of artistic energy.

What’s your take on trap and mumble rap, which are less lyrical in form?
I think being able to rap really well is a component of hip-hop and rap. The other day I was analogizing hip-hop to gymnastics. We all know what gymnastics is — it’s flips. You got the pommel horse, the uneven bars, you know what I mean? If somebody just walked across the mat, that’s not gymnastics. Nobody would be like, “Oh, that’s part of gymnastics.” You know what I’m saying? So, I mean, you asking me, “Is it part of hip-hop when somebody does something that isn’t hip-hop at all?” No.

What kind of advice would you give to someone who’s pursuing hip-hop as a career?
I would just tell them from my own experience, don’t be afraid to change and evolve. Don’t feel pressure to be the same person you were five minutes ago. Welcome change. Change is a constant, don’t limit yourself artistically. Don’t limit yourself creatively. Allow yourself to grow and think outside of the box. … I used to be vegan, I’m vegan now again, but I made songs that touched on me being vegan. When I wasn’t vegan anymore, a lot of vegan fans were like, “Oh, he ain’t vegan no more,” you know what I’m saying? “We rocked with him because he was vegan.” I also used to be in a very socially conscious, revolutionary-minded stage. People rocked with me because of that. People rocked with me because of all different types of things. I think the people that continue to rock with me are the ones that rock with me because my music is one of a kind and it’s pushing the envelope. … There’s gonna be some overlap [of those people and the] people who are actually making their own judgements about connecting to your music at a deeper level. Those people you’ll have a good chance of keeping as long as you’re not wack.