Happy Return: After 469 days, I’m back to the theater and ready for more visits 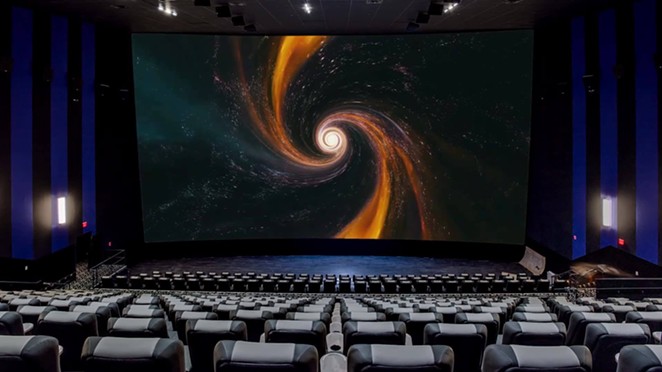 When I walked out of a press screening at the Santikos Palladium on March 10, 2020, I had no idea that it would take me 15 months to see another movie at a theater. To be precise, an entire 469 days would pass before I felt comfortable enough to walk back into a movie house amid a global pandemic.

But there I was last week, back to the coziness of a theater seat, which has become my second home after nearly 20 years as a film critic. I was vaccinated, though still wearing a mask out of an abundance of caution. I had a pen and pad to take notes and a bottled water in case I got thirsty during F9: The Fast Saga’s 145-minute runtime. What better movie to get people back to the theater than a mindless mix of motors and muscles, amirite?

F9 would have been the same action flick if I had seen it at home, but there was something reassuring in knowing that — for the most part — the movie theater industry survived what may be its biggest test ever.

Who knows where it will be another year from now when studios start crunching the numbers and see what makes the best business sense for releasing the films they produce? Deep down, I think the cinema will always be a viable entertainment venue in one form or another, but we’ll have to adapt and accept the fact that Hollywood is just one more industry experiencing long-term changes from the pandemic.

Whatever the future holds, I’m ready to see some great movies at the theater — maybe even starting next week. Now, will someone please pass the popcorn?