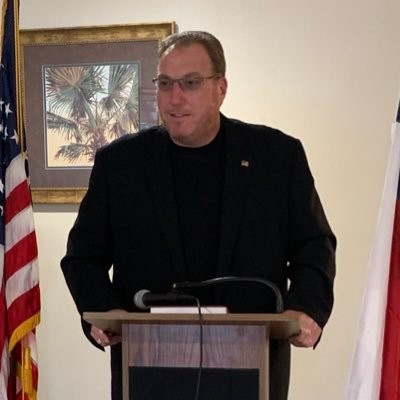 The head of the Republican Party in Texas' largest county has resigned after less than four months on the job.

Keith Nielsen, chairman of the GOP in Harris County, home to Houston, submitted a letter of resignation and the party's secretary, Josh Flynn, said he received it Monday morning. It was unclear why Nielsen was stepping down, and the letter was not immediately available.

Nielsen was engulfed in controversy before he even became chairman. He won the job in March, but as he prepared to take office this summer, he faced widespread condemnation for posting a Facebook graphic juxtaposing a Martin Luther King Jr. quote with a banana, which could be read as an allusion to equating Black people with monkeys, a well-worn racist trope. He initially said he would forfeit the job but reneged, taking office in early August.

Nielsen's resignation is effective immediately, according to Rolando Garcia, a member of the party's advisory board. The county party's executive committee will pick Nielsen's successor.

Once a battleground, Harris County has become increasingly blue in recent elections. President-elect Joe Biden carried it by 13 percentage points in the Nov. 3 election, a slightly larger margin than Hillary Clinton did four years earlier.