Has Trump Turned Texas Into a Tossup State? 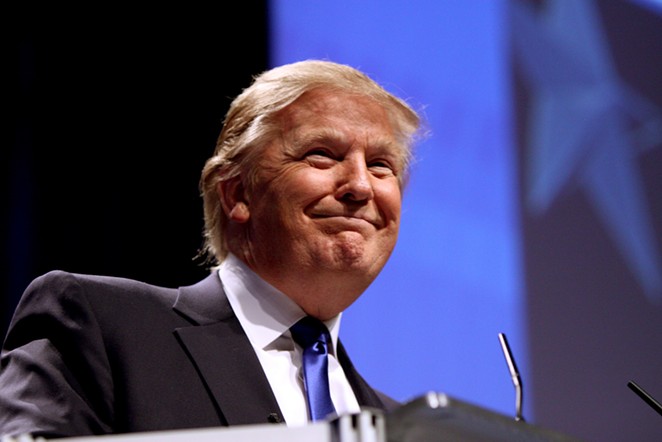 Donald Trump, the real estate mogul turned Republican presidential nominee who jumpstarted his campaign by calling Mexicans "rapists", may have actually managed to accomplish something Democrats in Texas have been striving toward for decades: to turn the state, if not blue, at least purple.

In what has been a year of rollercoaster (and sometimes asinine) polls attempting to gauge public sentiment in a batshit political season, another dropped this week proving once again that 2016 is an election year unlike any other. According to the new Washington Post/Survey Monkey poll of the presidential race, the two top candidates are almost dead-even in Texas, something that in the past would have been unthinkable in a deep red state. The poll puts Hillary Clinton at 46 percent of the vote and Trump at 45 percent, with 9 percent of voters having no opinion. When pollsters expanded the field, Clinton and Trump tied in Texas with 40 percent each, while Libertarian candidate Gary Johnson got 11 percent and Green Partier Jill Stein got 3 percent (6 percent registered no opinion on that one).

The poll's "analysis": “Texas splits about evenly between Clinton and Trump in the new poll. That’s a signiﬁcant change from past elections in the traditionally Republican stronghold.” And with that, Texas got tipped into the tossup category.

All of this, of course, seems shocking for a state that hasn't seen a Democrat elected to statewide office for more than two decades. And while political analysts might downplay the significance of the poll (the pundit consensus: no, Texas probably won't go to Clinton; yes, internet surveys/polls are inherently problematic), it does underscore Trump's potential impact on Texas politics. While the huge GOP majority at the statehouse probably won't be threatened, Democrats have said they hope to capitalize on Trump's deep unpopularity in the state to make some gains at the Legislature. Perhaps the new poll is further sign that this could be their year.