Hello tequila and mezcal too, at The Worm 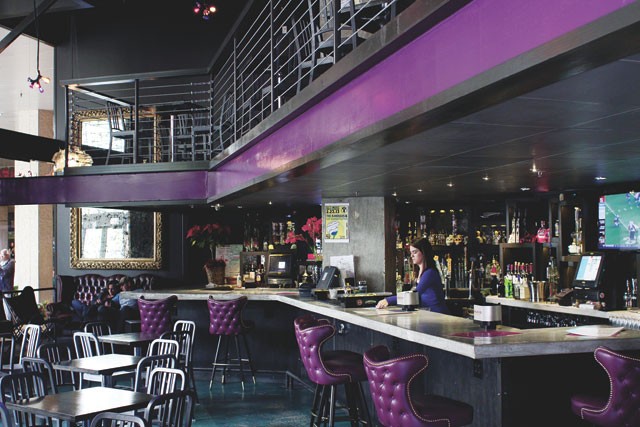 Classy graphics and snarky ad copy usually grab my attention, and the campaign by The Worm Tequila & Mezcal Bar, some of it in these pages, did just that. Yes, it took me a little while to realize this was the joint that took over the space, not necessarily by mutual accord, from Jim Cullum's Landing on the River Walk level of the Hyatt Regency. Apparently, a lot of other people haven't yet gotten the message either.

At least that was the impression I got one evening sitting at the only stool at the bar. Twice, the harried-seeming bartender had to give a bewildered tourist the information that The Landing was no more and that Cullum's band played three nights a week at Bohanan's. He also fielded a variety of other questions. "No, we don't serve food. No, we can't do a skinny margarita — we put sugar cubes in ours. No, there's no table service upstairs; they didn't schedule a waitress tonight. No we don't have apple juice..." No wonder he seemed rushed, acting as a tour info dispenser, taking multiple orders for beer-ritas and white wine, filling the frozen margarita machine… He also had to give a quick lesson to the one waiter who appeared from time to time and asked, on one occasion, "What's the difference between tequila and mezcal again?" Somehow the clever ad campaign simply didn't translate on the ground.

For starters, though the space does open to the River Walk, the bar itself is uneventful. Fine, I was there for the namesake mezcal — and maybe a little tequila. The ad copy claims "75 hand-selected tequilas & mezcals," and I counted 50-plus of the former and a mere five of the latter, three of which are various levels of the Scorpion label. No worms there — or in the silver Sombra, either. That leaves the single Mezcal Lajita — the worm on which the entire place turns! I didn't see any cocktails based on mezcal, so I asked for the Lajitas to be subbed into a Chupacabra in place of Espolón tequila.

Bolstered by mango nectar, lime juice, Tabasco and Sprite, this isn't really my kinda drink, but, you know, it was actually pretty good, with the Lajita giving it a good, smoky undertone that worked with the fruit and heat. Emboldened, I tried my luck with La Bruja, made from Espolón Reposado, blood orange juice, bitters and an orange slice, but no. "The only blood orange juice is still frozen," I was told.

Pressing on (this wasn't easy; many of these concoctions include stuff like Red Bull), I landed on the simple-sounding El Donkey made from Mad Bull Tequila, muddled lime, and ginger beer. Meh. The first taste was ginger, followed by lime. The tequila never asserted itself at all. The Worm does, however, offer several tequila flights where the essence of agave is, well, of the essence. This is where the aficionado should likely start.

Assuming there's a need on the River Walk for two tequila-centric bars, The Worm is definitely making category. But The Iron Cactus downriver got there first with a larger list — and they serve food. Yet, "Where memories are made. Or erased…" claims the copy. Once memories of The Landing have been erased, maybe The Worm will make it on its own; at least one guy had his beer-rita with a mezcal chaser.