The frescoes in Mission Concepción were painted more than 250 years ago. And though the World Heritage site has stood the test of time, preserving such treasures is a never-ending process.

Those frescoes once covered most of the church and its interiors. Imagine that. Today, however, just four rooms show the centuries-old frescoes, according to the National Park Service.

And you can help restore them, simply by casting a daily vote online until July 5 in the Partners in Preservation contest. Voting is hosted on National Geographic's website. 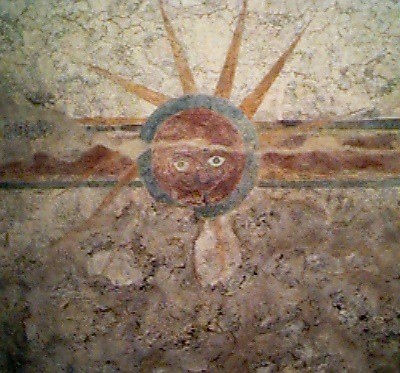 Mission Concepción is in the running for a $236,000 grant that would be used to preserve the fragile frescoes, architectural features in the convent and the father president's office.

There are 20 parks around the country that are vying for $2 million in grant funding through the Partners in Preservation contest — a National Trust for Historic Preservation and American Express campaign.

Oh, did we mention that you can enter for a chance to win a trip for two to Yellowstone?

Do Mission Concepción a solid, a toss it a vote every day until July 5 so those frescoes can stick around for centuries to come.