Here's Everything We Know About Beyoncé's Upcoming Netflix Special 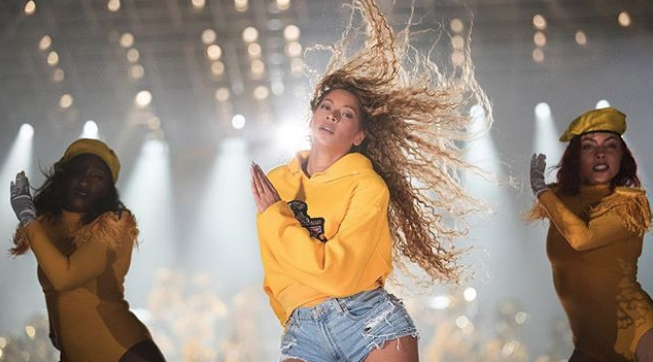 Texas' pride and joy, professionally known as Beyoncé, will be the subject of a new Netflix documentary, the streaming service announced Sunday.

After sending fans into a frenzy, Netflix today released a trailer for the special titled Homecoming: A Film by Beyoncé. The doc will allow members of the Beyhive to watch the Houston native's full performance at Coachella last year. Nicknamed "Beychella," the iconic performance was livestreamed for fans who couldn't shell out the big bucks to make it to the star-studded music festival.

Now, fans will be able to watch the show on repeat if they wish starting Wednesday, April 17.

But first, there's a sneak peak of the doc in a new trailer that features a voiceover by the one-and-only Maya Angelou. A description for the trailer teases the documentary with this: "This intimate, in-depth look at Beyoncé's celebrated 2018 Coachella performance reveals the emotional road from creative concept to cultural movement."

The award-winning singer's set at the festival will be hard for future headliners to top. Not only was the show the first time a black woman headlined Coachella, but it also included cameos from hubby Jay-Z, sister Solange and former Destiny's Child members Michelle Williams and Kelly Rowland.

Watch a trailer for the Homecoming below.
Stay on top of San Antonio news and views. Sign up for our Weekly Headlines Newsletter.