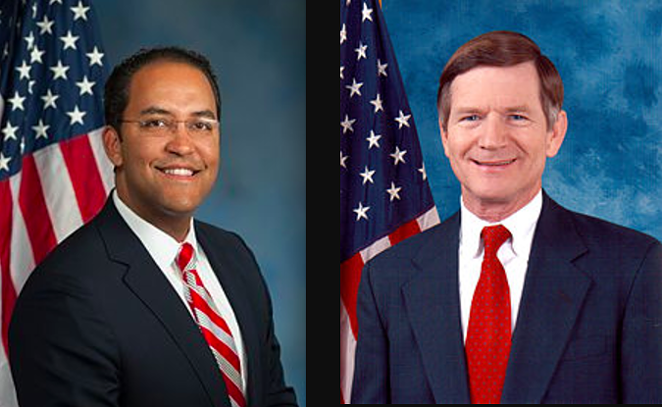 Last Thursday, Congress quietly passed a bill to unroll internet privacy protect ions put in place by the Obama Administration. In short, the vote has given internet services providers (or ISPs) like Verizon, Comcast, and AT&T the green light to sell their customer's browsing history to advertisers without needing customer consent.

Understandably, there are few internet users who support this vote, regardless of their partisan beliefs.

But that didn't stop every Texas Republican member of Congress from voting in favor of undoing the ISP privacy act. It may have helped that these major telecommunications providers who could profit off these ad sales have bankrolled each and every one of these lawmaker's most recent campaigns. In total, ISPs have given Texas Republicans at least $866,000 in campaign donations in their most recent run for office.

In fact, since 2012, Texas Sen. John Cornyn has received more campaign dollars from ISPs than any other U.S. Senator in the country (he argues the reversal will help create jobs).

And Congressman Will Hurd, a San Antonio conservative, has received more ISP campaign contributions than any other Texas Representative in Congress. Hurd, a former CIA agent, was given at least $63,000 from ISPs in his 2015 campaign, including major contributions from Comcast, AT&T, and the nation's largest telecom lobby, the National Cable and Telecommunications Association. This contribution doubles the amount of ISP contributions received by the majority of Texas lawmakers.

Asked to explain the reasoning behind his vote, Hurd's office gave a puzzling response.

“I support rolling back the FCC's rules that would create different, bureaucratic privacy protection frameworks for different parts of the internet," he wrote in a statement sent to the Current.

"I will continue to fight...to enforce fair and level privacy standards across the entire internet ecosystem... because the families who depend on San Antonio’s burgeoning tech industry deserve a fair and competitive regulatory environment.”

The only other San Antonio conservative member of Congress, Lamar Smith, has also received some of the heftiest campaign contributions from ISPs in the state. In his 2015 reelection campaign, Smith received at least $56,200 from telecom providers — nearly half from Verizon and AT&T alone. This comes as less of a surprise, since Smith authored the 2011 Stop Online Piracy Act (nicknamed SOPA), the internet censorship bill that fizzled out in committee. Houston Congressman Pete Olson is the only other state congressman who's received anything close to Smith or Hurd's ISP donations — most lawmakers representing metropolitan areas haven't been given more than $30,000 in telecom donations.

Thanks to these Texan's votes, ISP giants now have the untethered ability to profit off of your browser history. And there's no going back — part of the measure makes sure the FCC can't implement this kind of protection in the future.