When the sun goes down, the ghouls come out. Haunted houses filled with the stuff from nightmares around every corner, Fright Fest will be sure to scare the socks off the feet of even those most brave. Blood Bayou, one of the new themes at this year’s Fright Fest, will give you major Blair Witch Project vibes as you stumble through what appears to be an old, haunted campground. Also new this Halloween season, CarnEvil 3D isn’t your run-of-the-mill fun house. If you were traumatized as a child from watching IT, then you definitely won’t want to walk through this area of the park that is crawling with creepy clowns. $57.99-$69.99, 5pm Fri-Sun, Six Flags Fiesta Texas, 17000 IH-10 West, (210) 697-5050, sixflags.com.

What’s more traditional than walking through the 13th Floor on Halloween? San Antonio’s favorite haunted house is back for yet another year. With all new themes, Cursed: The Ritual and Biohazard, the 13th Floor will be packing even more chills and thrills than last year. Mixing werewolves, voodoo priestesses and mutant alligators seems like the perfect recipe for nightmares. Will you be cursed and fall into an ancient ritual? Or will you venture into the depths of an abandoned water plant that has collected toxic sewage for years and has created some sinister creatures? Both sound equally terrifying but are sure to get your heart racing in only the best ways. $19.99, Hours may vary, 13th Floor, 1203 E Commerce St., (210) 910-6450, 13thfloorsanantonio.com.

Thu 9/28 - Sun 10/29
Terror Mansion
The name speaks for itself. 23 of the most terrifying rooms you can walk through, all at one stop in San Antonio. Unlike the innocent Disney movie we all love, this mansion won’t have friendly ghosts and singing busts. From your original slasher film favorites like Michael and Freddy to an episode of CSI, each room transports you into a different type of nightmare. Be prepared to crawl, run and scream your way through this house exploding with all of the elements of Halloween. $20, 7pm-10pm Thur and Sun, 7pm-12am Fri-Sat, Terror Mansion, 414 W Laurel, (210) 226-2666, terrormansionusa.com.

Vampires and zombies abound when daytime Spooktacular transforms into the terrifying scare zones of nighttime Howl-O-Scream. The famous Frightmare Forest is no more; the Dark Side of the Garden is taking over as the main maze at SeaWorld San Antonio this Halloween. Along with the haunted houses and creepy creatures crawling around, there will also be signature scare zone bars such as Blood Thirsty at Vampire Point for those adults who need a little liquid courage going through the mazes. Be prepared to dance the spooked jitters off at the last show of the night, SeaWorld’s biggest Halloween bash, Jack is Back. $55-$69, 7pm Fri-Sun, SeaWorld San Antonio, 10500 Sea World Dr., (210) 520-4732, seaworld.com.

Sat 9/30 - Sun 10/29
Zoo Boo!
This non-spooky event will be held every Saturday and Sunday during the month of October. All the Halloween family fun one can think of including Trick-or-Treat stations and a costume contest, will be spread all around the zoo so little ones can grab some candy while observing their favorite animals. The Zoo Boo! Express is a new addition to this year’s Halloween celebration. Addams family lookalikes will truly get into the Halloween spirit when climbing aboard and riding around the zoo. $14.25, 9am-6pm Sat-Sun, San Antonio Zoo, 3903 North St. Mary’s St., (210) 734-7184, sazoo.org. 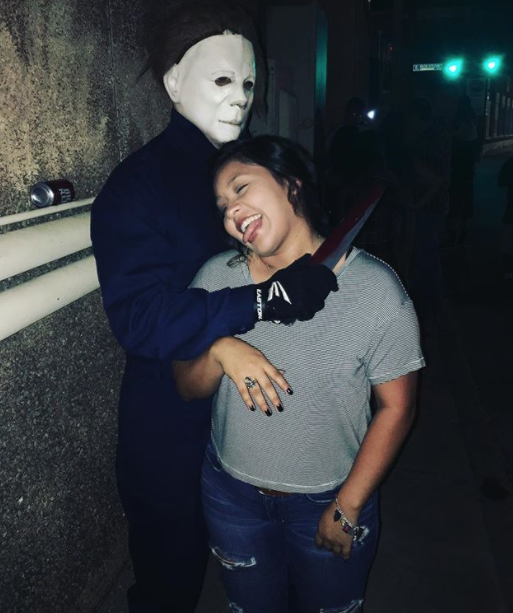 Two haunts, one ticket. Only those brave enough to take the risk will be able to make it through two of the most terrifying thrill rides in San Antonio. The legend goes that in the late 1970s the River City Asylum had eight patients escape, three of which were never found. It is rumored that the ghosts of these three patients haunt the halls of the psycho asylum. The San Antonio Slaughter House is home to a most grave murder. It’s said that one day the slaughter house’s favorite butcher “accidentally” chopped up his niece and nephew beyond recognition. He was admitted into the River City Asylum where we find the sister haunted houses meet. Go explore the fog filled passages to have a chance encounter with an unrested soul; unless you’re too scared… $30-$35, 7:30pm-12am Fri-Sat, 7:30pm-10pm Sun and Thur, Psycho Asylum, 1201 E Houston St., psychoasylumsa.com.

Sun 10/1 - Tue 10/31
San Antonio Panic Room - Phase Ⅲ: Human Trials
If you and your friends all have a phobia of doctors, the San Antonio Panic Room might not be the best place for you. Acting as kidnapped subjects of a crazed surgeon injected with a lethal substance, you must work together to find the way out. With the help of a secret ally, will you be able to find the cure to your disease and escape before the doctor returns to complete his work? $25, Hours may vary, San Antonio Panic Room, 12770 Cimarron Path, (210) 802-8958, texaspanicroom.com.

Sun 10/1 - Tue 10/31
Extreme Escape - The Undead
Get your Halloween puzzling on by gathering your most trusted team to try and survive the zombie apocalypse. On a mission to save humanity, you must secure your location and find the antidote. If you and your team can’t work quickly and quietly enough, you risk getting infected. And if time runs out before you find the cure, you too will become the undead. $29.99, Hours may vary, Extreme Escape, 9995 I-H 10 W, (210) 641-2828, extremeescape.com.

Fri 10/13 - Sat 10/14
Voices From the Grave: Halloween Cemetery Tours
If you’d rather participate in something a little more real, there will be special groups tours you can take this Halloween. Witness first-hand re-enactments inside one of San Antonio’s most historic cemeteries. Walk among the beautiful tombstones of the fallen and hear their stories. The 90 minute tour will take you around the cemetery, making stops throughout, for the ghosts of San Antonio’s founders to tell the tales of the city’s past. $25-$30, 7pm Fri-Sat, Historic City Cemetery #1, (210) 638-1338, sistersgrimmghosttour.com.

Fri 10/27
Bud Light Haunted River
Come early and stay late; that is the slogan for the Bud Light sponsored Haunted River. Don’t miss the haunted river parade or the chance to participate in the adult costume contest. Although there will be zombies and wannabe villains roaming around, the vibe will be more on the Hocus Pocus side of spooky so that our fragile friends won’t be too scared. Be ready to shake a tail feather; only if you’re dressed as a bird type creature of course. Free, 7pm-12am Fri, Arneson River Theatre, 418 Villita St., thesanantonioriverwalk.com.

Fri 10/27 - Sun 10/29
Alamo City Comic Con: Halloween Edition
Comic Con is the magical place where people share a common ground and go to celebrate it by dressing up and meeting some of the favored characters. Horror film fan favorites convene under one roof for this special Halloween edition of Comic Con. From A Nightmare on Elm Street to The Warriors, this comic con has all the guests to answer your most fanatic movie questions. So make sure to “come out to play” in the Alamo City. $5-$250, 5pm-9pm Fr, 11am-9pm Sat, 10am-6pm Sun, Alamodome, 100 Montana St., alamocitycomiccon.com.

Fri 10/27 - Sun 10/29
Rockula Horror Expo
Blood, guts and Dracula scream Rock-n-Roll. For the night owls who grew up on the darker side of the spectrum, with The Exorcist movie posters plastered on walls and Marilyn Manson blaring through the speakers, this horror expo will satisfy all. With special guests from cult classics like The Rocky Horror Picture Show and Candyman, Rockula plans on being the ultimate creep show. $5-$50, 5pm Fri-Sun, Wyndham San Antonio Riverwalk Hotel, 111 E Pecan St., rockulahorrorexpo.com.