Being 32 years old, it’s hard to imagine touring for 50 years like Elton John mentioned last night at his performance at the AT&T Center. It’s even harder to imagine the kind of life experiences the Englishman has had as he continues to shine radiantly into the world.

This year, the 71-year-old artist began his 300-city farewell tour to consummate sometime in 2021. During the three hours that the knight played, he didn’t shy away from playing the majority of his hits – some dating back to the ’60s.

Barely ten rows back, a fellow LGBTQ friend and I found our seats not 15 feet from the stage (a Christmas miracle if you will). As a queer-identifying kid growing up in the '80s and '90s, there weren’t as many gay icons or heroes back then as there are now. While Elton John wasn’t my absolute favorite musician, the fact that he has lived his life openly as a gay man helped me eventually become comfortable with my own sexuality – as he has done for generations of LGBTQ-identifying people.

And somehow when Elton John would come into conversation, his sexuality didn’t seem to dominate the discussion and wasn't an issue. His superb musicianship overshadowed any sort of stigma attached to that part of his life. Words exchanged were mostly about love for his songs.

Love definitely felt like the theme at last night's concert. A menagerie of folks from all different generations and backgrounds – queer club kids decked out in Elton-inspired looks to formally dressed couples in their 50s and 60s looking ready for Sunday morning church – shared an experience that actually felt like church. A gay rock ‘n’ roll church with Sir Elton John as our priestess inviting us on this theatrical journey though arguably some of the best-written songs of all-time.

Donning a black pinstripe suit with red trim and a sequined dragon on the back of long-tailed jacket, John lulled us through time playing hits like “Tiny Dancer,” “Rocket Man,” “Someone Saved My Life Tonight” and “Candle in the Wind,” stopping at moments to thank the crowd for coming. He also talked about the songs as special tour-only videos played in the background to enhance the experience.

Nearing the two-and-half-hour mark, John and the band launched into some of his more uptempo rockin’ jams like “The Bitch Is Back,” “I'm Still Standing,” “Crocodile Rock,” and “Saturday Night's Alright for Fighting” as the crowd danced in their seats before the show came to a close.
Cheers echoed through the arena as John returned to the stage to play two closing songs – “Your Song” and “Goodbye Yellow Brick Road” – as confetti paper strips rained down from above.

With all the stresses of the holidays, the political climate and just general life annoyances, Elton John reminded us to not take life so seriously and to continue expressing ourselves no matter how toned down or Elton John-level wacky we get. 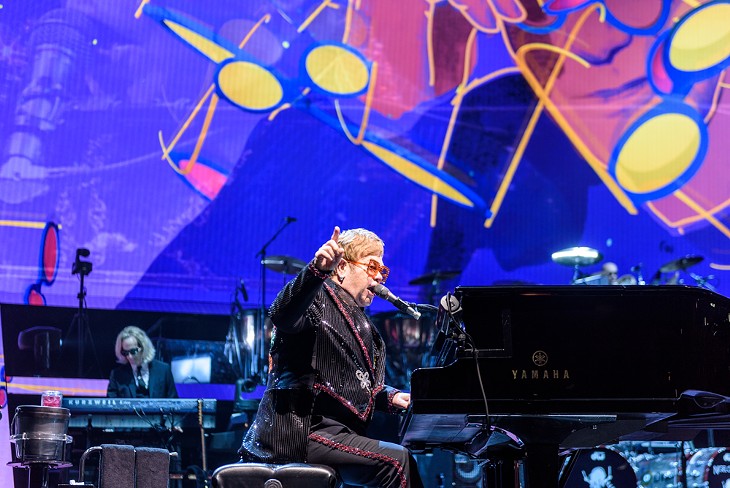 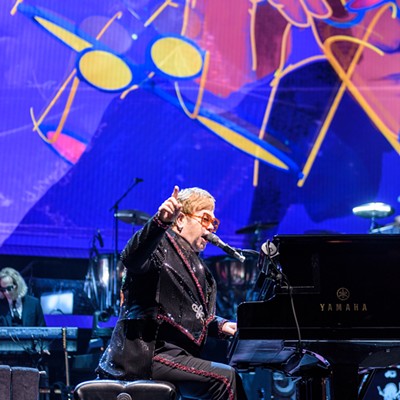 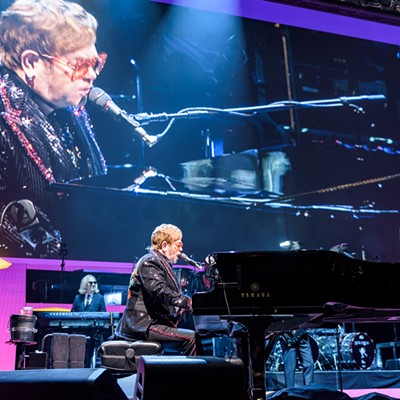 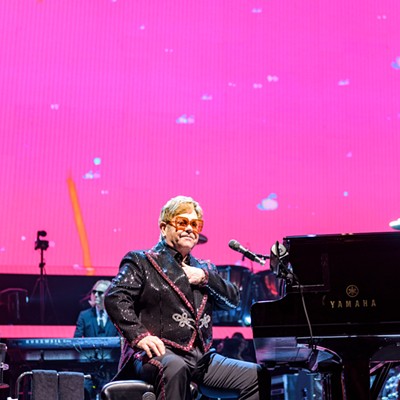 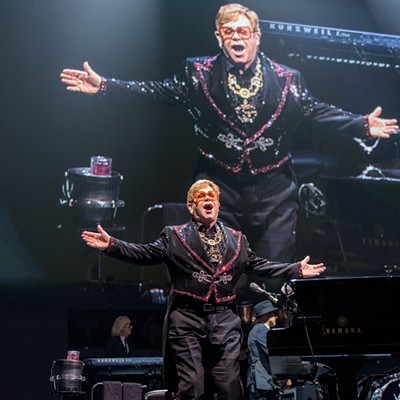 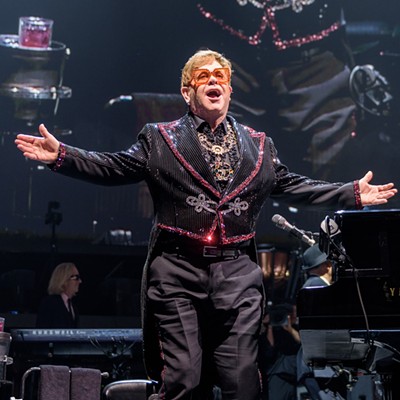 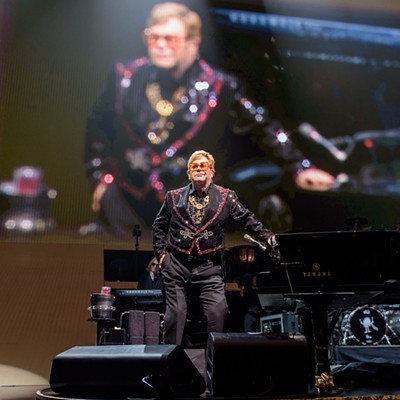 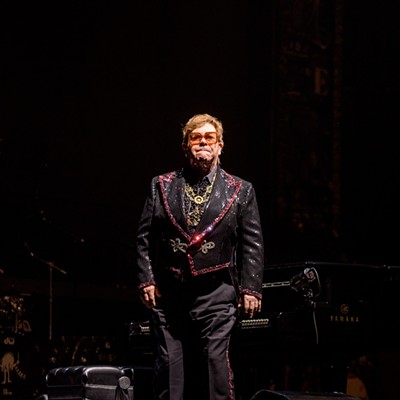 Farewell Rocket Man: San Antonio Says Goodbye to Elton John During Final World Tour
By San Antonio Current Staff
Click to View 54 slides
Get our top picks for the best events in San Antonio every Thursday morning. Sign up for our Events Newsletter.