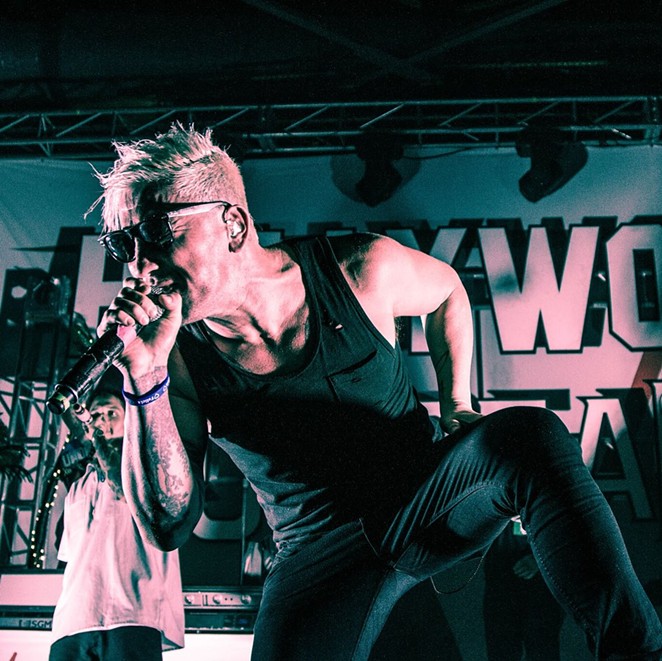 Carrying the nu-metal/rap-metal torch that probably should’ve died in the ’90s, Hollywood Undead jumped onto the scene with the release of their 2008 record Swan Songs and for some reason, people have continued to eat their shit up.

Despite their music being absolutely terrible.

Don’t get me wrong, I grew up with Korn and Limp Bizkit in the mid-to-late ’90s, so it’s not like I can’t appreciate the combination of hip-hop beats and groovy, distorted guitar melodies with rapping and screaming – things that made the nu-metal genre enticing when it first happened.

But, like, 2008 all the way up to the release of their latest album Five, which came out last year? These dudes are still putting out albums of a genre that’s been completely played out and not doing really anything to add to it or make it more interesting.

And people still stream their music.

On top of just being all around mundane (no, not Mudvayne), these dudes used homophobic slurs in their early work, not unlike a lot of rappers, but still, another strike against this completely un- group.

Anyway, if you dig this shit, they’re coming to San Antonio on Wednesday, May 2. I mean, do you I guess.