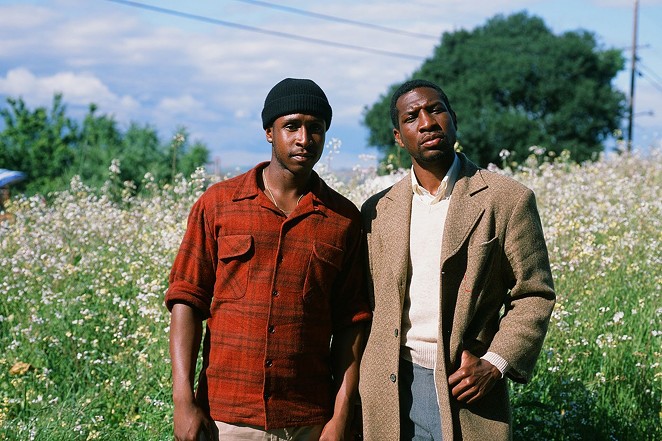 The Last Black Man in San Francisco speaks volumes on family, friendship and gentrification. It features beautiful soliloquies and dreamlike scenes that enlighten viewers about the evolving neighborhoods across America and the working-class people who are pushed to the fringes of society to make room for new, upscale apartment complexes and fancy coffee shops. It’s a film that examines the subject of cultural identity with style, grace and heartache — an authentic narrative which, as cliché as it sounds, is a love letter to San Francisco and a cautionary tale to residents of other rapidly growing cities that may leave them behind.

Co-written and directed by first-time feature filmmaker and fifth-generation San Franciscan Joe Talbot, The Last Black Man in San Francisco is a visually stunning odyssey that follows Jimmie Fails (the actor is also named Jimmie Fails) and aspiring playwright Montgomery Allen (Jonathan Favors), two friends who have seen their city change over the years and want to do their small part to delay the full transformation. Living with Mont’s grandfather (Danny Glover) on the outskirts of the city, the duo spends their time skateboarding around the streets and waxing philosophical about everything they see.

Along with their regular outings, Jimmie likes to visit the old Victorian house he grew up in as a child — a house built by his grandfather decades ago. Although someone else lives in it now, Jimmie is so attached to his childhood home that he’s more than willing to do maintenance and upkeep on it, much to the displeasure of the couple who reside there. When Jimmie learns the homeowners are forced to vacate the dwelling, he and Mont decide the house is too nice and rich with history to sit vacant — so, they move in illegally and even furnish the place with the home’s original furniture, which was put in storage years ago.

Loosely based on the experiences of the real Jimmie, who developed the story with Talbot and co-writer Rob Richert, The Last Black Man in San Francisco forfeits traditional storytelling for a narrative and atmosphere that is surreal and poetic. Like filmmaker Benh Zeitlin’s 2012 mystical drama Beasts of the Southern Wild, Talbot has created a hypnotic and transcendent world where it almost feels like anything can happen at any given moment.

As unconventional as The Last Black Man in San Francisco is, there is also a universal message about letting go of the past and moving on. It might be easier said than done, but the hopefulness Talbot and his actors display is something that can heal even the most emotionally damaged soul.