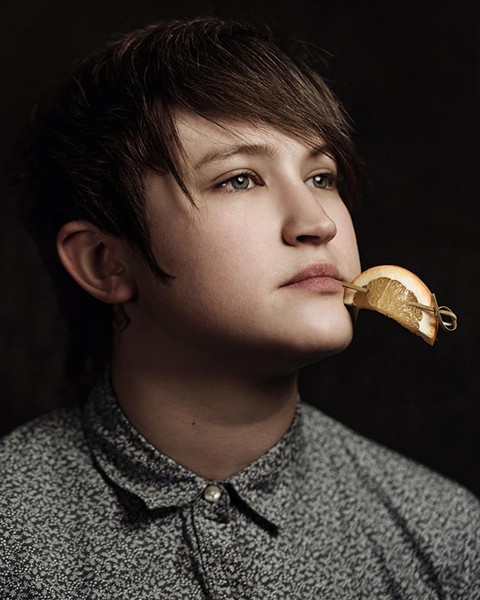 By the time you read this, the San Antonio Cocktail Conference will have already kicked off. And once again, Karah Carmack will helm a team of more than 40 bartenders from across the country (and Canada) as they produce several hundred liters worth of citrus juice and simple syrup and juggle liquor drop-off throughout the four-day boozefest.

The Current sat down with the quiet powerhouse Carmack, bar manager at Hot Joy, to talk about her commitment to cocktails, the conference and how she keeps production on track.

When did you start coordinating volunteer efforts?

Since 2012, Jeret [Peña, her former boss at The Esquire Tavern] was supposed to go to the meetings, but he couldn't make it to one, so I went in his place. When they started asking all these questions about the Esquire and its participation in all these events, I was like, "I don't know, I don't know anything." I felt like an idiot. After the meeting I called Jenny [Rabb] and said, "I'm really sorry, I have no idea what's going on but I really would like to help as much as I can."

How did you build these connections with the volunteer bartenders?

I've done the Cocktail Apprentice Program for the last two years with Tales of the Cocktail [in New Orleans]. I've met them there, and through attending other cocktail conferences, but most are through the program.

It's been around for about eight years now, but basically you apply and they select 70 new people, 20 returning people. There are four levels to the program. The first year you go in and your team leader is given a schedule and your team is in charge of all of production for that schedule ... you get assigned seminars, events. When you go back as a returning member, you're a team leader so you're in control of those teams in production. When I go back this coming year, [I'll be a] platoon leader, which means you're in charge of multiple teams.

Did you think you had that much leadership in you?

(Laughs) No, not really. I've always been pretty quiet. Growing up, I moved every year so I never had solid ground anywhere. After that meeting when I felt like an idiot and I didn't want to feel like that, I just made a decision then to get involved and immersed in this culture.

How much work goes into this year's gala?

I haven't created my master list yet, but I have individual days. I spend six months working on this. For example, for the party at the Majestic on Thursday night, we'll be using 20 gallons of lemon juice, 15 gallons of lime juice, 10 gallons of simple syrup...and that's just from one party, you know? It gets bigger form there. Friday, for seminars alone, there's like, oh gosh ... 1,000 different bottles.

I start recruiting people for this volunteer program at the end of July when I get back from Tales. I start getting recipes, compiling produce lists. I'll go in there this Sunday and start organizing everything how it needs to be there by day. We'll start working on Tuesday night. Then Thursday, that's all you do, prep.

What are some things you've had to troubleshoot?

Our workspace has literally changed every year. This year I was able to show Jenny and a few other organizers how they do things in New Orleans. They took a look at our workspace down there. I also have a notebook every year with things to remember for next time. It could be anything: how many juicers we have, how many people are on the team, how many people should have been on the team. You never really know until the stuff gets here. Figuring out how to do the math for the amount of juice, while also incorporating the need for peels and garnishes. Ideally you peel them before you juice them.

How do you balance front of the house with the back end of the job?

I love this stuff. My dad's been in the food industry his whole life. When I was in the first grade I took my first cooking class. I actually really love prep. Monotonous prep work ... it's relaxing. For me, juicing limes is the same as sitting down and watching Netflix.

I meet people and I learn from them. Sometimes you talk to one person and they're all doing the same thing but they have an idea you've never thought of that changes everything. Right now I'm really inspired by Dave Arnold of New York's Booker and Dax. He's kind of a mad scientist and there are some things you can never replicate that he does that are kind of dangerous, but he does some simple things that you're like, "Why didn't I think of that?" Working at Hot Joy I have to think about Asian influences, which I never had to do my whole life. Especially coming from the Esquire ... we were serving burgers, super American comfort food. Here, I have to consider my surroundings.