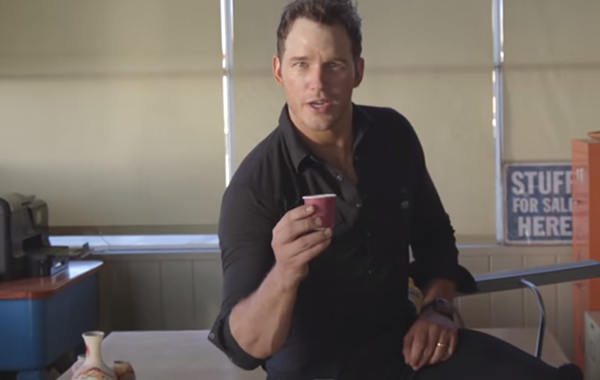 America's DILF Chris Pratt and GQ  released a Youtube tutorial teaching viewers how to act while drunk, and it does not disappoint. For this, he gets loaded on a unassuming amount of Fireball Whiskey, which he vigorously endorses throughout the video. It just reaffirms that Fireball Whiskey is, in fact, a handcrafted nectar of the gods for us mortals to enjoy. (Editor's note: I can't vouch for what my interns are drinking these days).

Now, some of you reading this may call bullshit. That it's a disgusting serum for children. You may be right. It's a liquor that doesn't take itself seriously and it does taste like candy. While it may be the drink of choice for college students, I'll personally defend it for what it is: liquid fun. What more can you ask of it? It's tasty on it's own and you can mix it with everything. My personal favorite would be a "Poison Apple." Mix a shot of Fireball with Red's Apple Ale. Enjoy.

In the end, Fireball can easily be described perfectly by Starlord in this statement: “Fireball: drink it out of  a...uhh... paper cup. Don’t be a dick about it.”

Exactly. If you have to overthink Fireball, go back to your gin and take your attitude with you out of our house party. Watch Pratt's rant for yourself below.