A development firm from Houston that specializes in high-end residential projects plans to build 160 apartments on land it's purchasing around the St. Mary’s Strip in Tobin Hill.

Urban Genesis, which has built numerous apartment projects in the urban cores of Austin, Houston, Dallas and Fort Worth, plans to begin construction in mid-2022 on the apartments, which will be three to four stories tall, said Matt Shafiezadeh, the firm’s principal. Once construction begins it will probably take between 12 and 15 months to complete the units, he said.

Last week, the firm bought 1.2 acres of land between East Locust and West Grayson streets on the east side of St. Mary’s, behind the Lonesome Rose bar, from an entity linked to local developer Steve Yndo, whose company SOJO Urban Development built the adjacent Sojo Commons condos. A day later, the firm bought two properties totaling 0.8 acres directly along the west side of St. Mary’s on either side of East Elmira Street, across from developer David Adelman’s Midtown Station retail center, and the Cervecería Chapultepec restaurant.

The firm is pursuing another property in Tobin Hill that it hopes to close upon before the end of the year, Shafiezadeh said, declining to specify where it was.

The projects will follow the firm’s “Highline” model, he said: By including fewer amenities than many large apartment complexes offer, the firm will be able to afford to offer lower rents. Tobin Hill is a good place for the project because it has coffee shops and other retail options that are already there for residents to enjoy, he said.

“We build these things for people, not their cars,” he said. The apartments will have a “boutique Melrose Place feel.”

“San Antonio’s been on our radar for a while,” Shafiezadeh said. “We specialize in a product that is really going to fit the neighborhood very well.”

One of the properties Urban Genesis has purchased is the former location of Alternative Clubs Inc., or ACI, which had been one of the last remaining private men’s clubs, or bathhouses, in San Antonio before vacating the site last year amidst of a dispute with its landlord, according to reporting by the San Antonio Express-News. 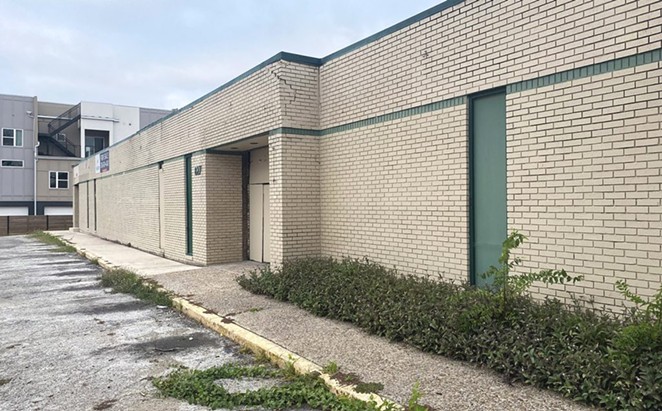 The apartments will be in an area of east Tobin Hill that has been booming as the Pearl’s growth has spilled across the San Antonio River. A partnership between Lynd Company and the San Antonio Housing Authority plans to build a $60.3 million, 259-unit apartment complex a couple blocks away at 210 W. Josephine St.. Last month, Austin developer Sabot Development received final approval from the city’s Historic and Design Review Commission to build a $100 million, 10-story mixed-use project a short distance down Locust, with 299 apartments and 12,000 square feet of retail.

The Tobin Hill projects are the first that Urban Genesis has done in San Antonio, Shafiezadeh said. Along with its urban Highline model, the firm builds suburban rental homes, and it is working on such projects in Stone Oak and near The Shops at La Cantera, he said.

The firm isn’t looking at any other neighborhoods in San Antonio’s urban core in which to build, he said.

“We think Tobin Hill’s really the only one that’s ripe for it,” he said, citing the neighborhood’s amenities and high rental rates. “We don’t really have that existing in San Antonio otherwise.”


This story was originally published by the San Antonio Heron, a nonprofit news organization dedicated to informing its readers about the changes to downtown and the surrounding communities.