How Do San Antonio Colleges And Universities Stack Up? 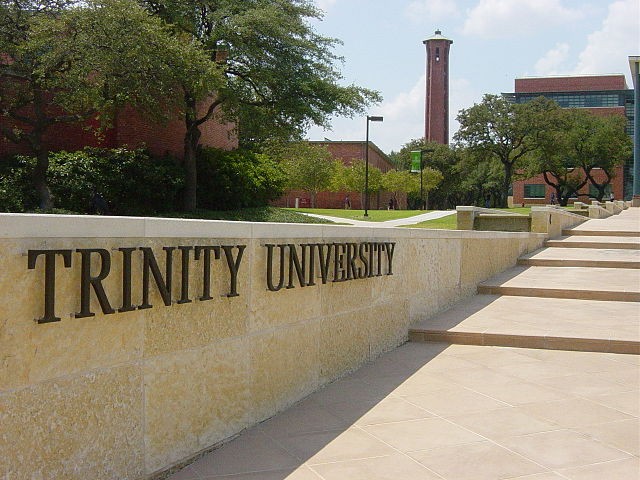 It's about that time in the semester when the first grades from quizzes and homework start to roll in. A truly terrible, tragic time of the year.

But it's also when schools themselves get their report card, at least from the U.S. News and World Report. The publication annually publishes rankings of the nation's colleges and universities, grouping them into categories by degree offerings and region. The newest rankings were recently released.

Here’s how the San Antonio-area colleges and universities stacked up:

-Trinity University topped the list in its category, Regional Universities West. The category rates universities with a full range of undergraduate options and a few master’s programs in the west. Trinity beat out schools such as Santa Clara University in California and Gonzaga University in Washington state. This is the 24th year in a row that Trinity has come in first in the rankings.

-St. Mary’s University clocked in at no. 22 on the Regional Universities West list, ahead of schools such as Pacific University in Oregon and Hardin-Simmons University in Abilene. St. Mary’s also ranked in the top 20 in its category for colleges for veterans.

-University of the Incarnate Word was rated no. 63 in the Regional Universities West category. UIW was also recognized for having the no. 80 pharmacy school, and the 50th-best online bachelor’s program.

-Our Lady of the Lake University and the University of Texas at San Antonio both fell into the National Universities category, which includes schools from the Ivy League and other major research institutions. U.S. News and World Report did not disclose rankings for either of the schools.