Hip-hop has often been a platform for artists to galvanize groups of people into causing radical social change, even if it’s just to better the lives of a few people.

Today, the Current caught wind of a rapper who comes down to play San Antonio once a year, Paulie Think (he's released music on the same label as local rap duo Chisme), who is raising funds to help the homeless in his native Chicago.

If you’ve been paying attention to national news the last few days, you know that the Midwest and northern U.S. is currently in what is called a "polar vortex." The extreme weather shows reports of Chicago dropping to negative 20 and Minnesota negative 60.

It's so cold in Chicago that subway tracks are being set on fire to make them usable.

Here are shots of what the city looks like right now. https://t.co/MtkjaCzsBS

One report even advised against breathing outside while other reports have said folks have died to the brutal conditions.

“I was homeless for a winter in Chicago during my addiction years [twelve years ago],” Alford told the Current over the phone. The rapper just finished dropping off gloves and warming packets to an underpass when he spoke to us. “There was no possible way that I could sit in my house and watch Netflix all day.”

The artist explained that even though he doesn’t live in the most upscale apartment, he recognizes that he has a lot more than others in his community. He believes it’s incredibly unfair that more can't be done to house Chicago's homeless population with all the empty apartments and buildings in the Windy City.

“It breaks my heart to see people living in filthy tents and filthy clothing in really extreme weather," Alford said. 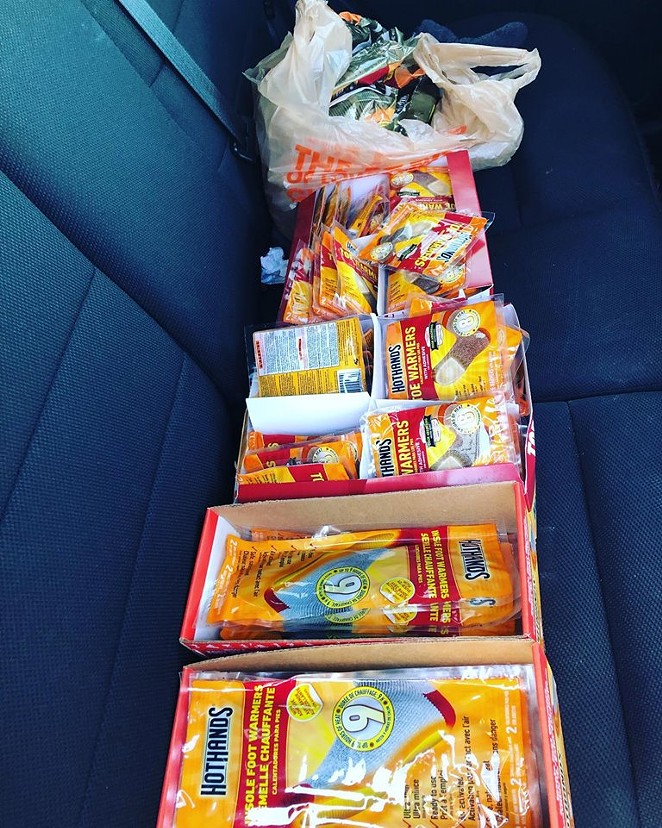 The rapper has started a GoFundMe with proceeds going directly to the purchase of hand and feet warmers, hats, gloves, scarves, panchos, blankets and more. Alford said he will distribute the items to folks living under bridges throughout Chicago.

If you're looking for ways to help people, we think what Alford is doing is pretty dope.

For more information or to donate, visit the link here. (And if you appreciate Alford's efforts, check his music here.)