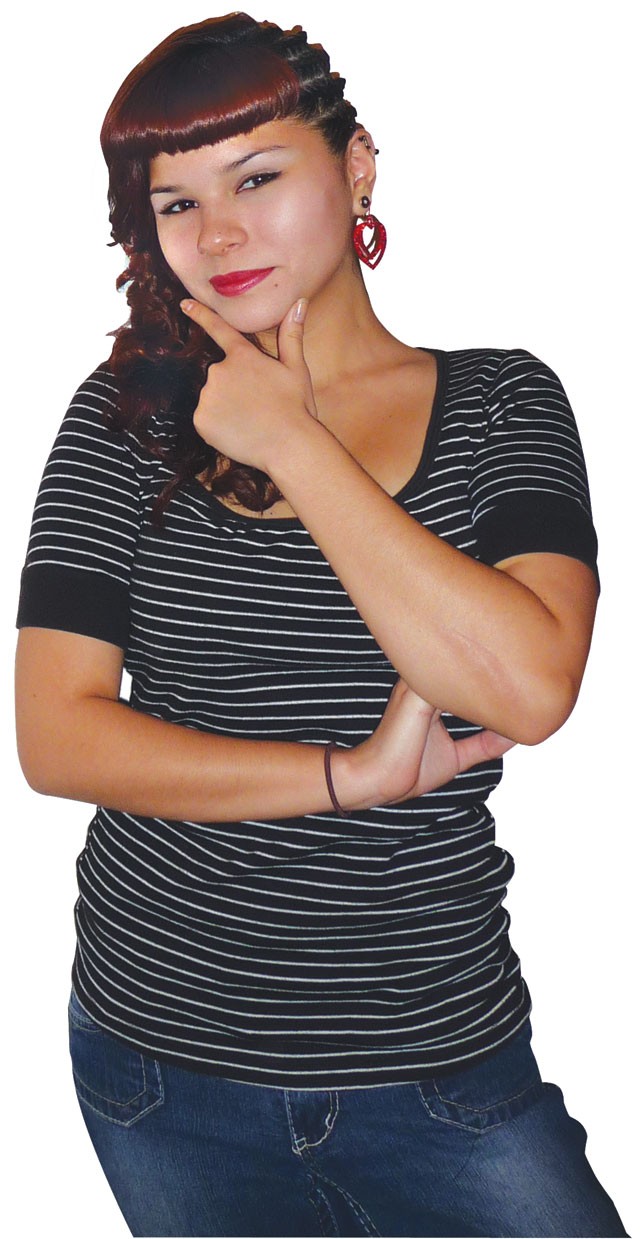 Don't wake me up unless I won," 18-year-old Jennifer Espinoza told her mother in early December. On the 5th of the month she had traveled to Los Angeles to take part, along 24 other contestants, in the final audition for The Queen Extravaganza, an effort to assemble a Queen cover band to head out on a North American tour in May 2012. Led by Queen's drummer Roger Taylor, a panel of judges were to decide who would be in the band. After an exhausting experience, Espinoza — a student at the San Antonio School for Inquiry and Creativity who sings and plays bass at the Latin stage of Six Flags — was back in San Antonio ready to take a nap. Her mother was put in charge of watching for that important email notification. When it finally arrived, the subject line read, "Welcome to the band!" So much for napping.

"Jennifer started laughing like she usually does — you can't tell whether she's laughing or crying," Mary Espinoza told the Current last week.

"I screamed and started to cry like I'm going to right now," a teary-eyed Jennifer said.

Like many younger Queen fans her age, Jennifer was turned on after watching Wayne's World (1992). She was listening to "Bohemian Rhapsody" (the song included the movie) when the mother of one of her singing buddies told her about the competition. So, in September, she went to queenextravaganza.com, downloaded the tracks to "Somebody to Love" and submitted a video of herself on YouTube as her first audition. She nailed it.

"I didn't even think I was going to make it to the second round," said Jennifer. "I did it for fun, because I love Freddie Mercury and Queen." But she was called back, and this time she was dressed to kill. "I was shocked that I had made it that far," said Jennifer, "so I said, 'Well, I'm going to get serious this time, so I'm going to go all out."

For the second round, all contestants had to sing the same song: "Crazy Little Thing Called Love." Jennifer wore a black leather jacket and a dress, and her performance was good enough for a second callback. It was then the audience's turn to vote, and (again) she didn't expect much. "I don't want to say people are sexist against females singing Freddie Mercury, but I didn't think I stood a chance against these guys, who all sounded exactly like Freddie," Jennifer said. "They were awesome."

But so was she, and she got invited to L.A. for a final audition. The rest is history.

Drummer Taylor and Spike Edney (Queen's keyboardist since the mid-'80s) and Trip Khalaf (Queen's long-time sound engineer) chose Espinoza and Marc Martel (of Montreal via Nashville) as singers; Tristan Avakian (Toronto) and Brian Gresh Brian (Tulsa) as guitarists; Francois-Olivier Doyon (Quebec City) as bassist; and Tyler Warren (Tennessee) as drummer. Taylor will act as producer and musical director of the tour, while Queen guitarist Brian May will join the tour as a producer later on. The tour is being booked by CAA, one of L.A.'s top agencies, though no Texas dates have been set yet.

This isn't the first time the young San Antonian has brushed shoulders with rock royalty. Four years ago, members of Big Brother & the Holding Company (Janis Joplin's band in 1966-68) saw her singing on her YouTube channel (youtube.com/rockstuff345, which has received more than seven million views) and asked her to join them for a mini-tour. "I asked them, 'How many songs?' They said, 'The whole set!" But she has mixed feelings about her delivery. "I feel I didn't do my best," she said. "I had some really bad allergies."

"She's hard on herself," her mother adds.

With or without congestion, nothing can change the fact that she's already been tapped by Queen and Janis Joplin's band, two of the greatest names in rock. Not too bad for an 18-year-old girl from the Southside. •