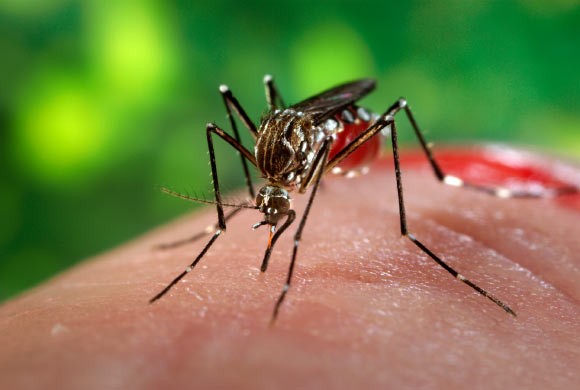 Federal efforts to combat the spread of the Zika virus are about to run out of money. Because Congress.

Last week, the director of the Centers for Disease Control and Prevention told Washington reporters that "the cupboard is bare," saying the agency had no more emergency funds to respond if, say, another cluster of Zika cases popped up in Florida. As of last week, the CDC had already burned through $194 million of the $222 million allocated by Congress to keep the virus, which has been associated with infants born with microcephaly (an unusually small head that leads to stunted brain development), from spreading.

One South Texas Congressional race pretty well illustrates how even something like funding disease control and prevention can get twisted beyond recognition once it hits the U.S. Congress.

Pete Gallego, who's challenging Republican Congressman Will Hurd for South Texas' tossup Congressional District 23 (a massive district that stretches from El Paso to San Antonio), has been hammering his opponent on Zika funding ever since Congress failed to pass it before leaving for their seven-week vacation earlier this summer. At the time, there were 109 cases of Zika in Texas, all associated with travel outside the country.

So why did Congress ultimately block another $1.2 billion in Zika prevention funds? Democrats say they were forced to vote against the bill, blaming the partisan gridlock on Republicans who added last-minute language to the measure that allowed the money to be used to provide contraceptives in Zika hot zones, so long as none of it went to Planned Parenthood (the Republican-added language also sought to strip some $540 million of Affordable Care Act funding, just for kicks). Even though Hurd was among those who voted to add the controversial language that was wholly unrelated to Zika, he played coy when confronted by concerned constituents about it on a campaign stop earlier this summer:

.@WillHurd wants someone to "explain" the #Zika bill he already voted on. #Protip: Read the bill b4 you vote. #TX23 pic.twitter.com/fQCh8ITdAO

This week, we saw the same result after Congress came back from vacation and tried to again pass funding for Zika control efforts. This time, Democrats say the were forced to block the measure after Republicans, including Hurd, voted to lard it up with provisions that again targeted Planned Parenthood and Obamacare (this time they also went after the Clean Water Act and even added language about securing the right to fly the Confederate flag).

Cue the war of prepared statements. From Gallego yesterday: "Mr. Hurd simply continues to follow the leader towards a 100% straight party voting record. Nothing is more important than the health and safety of American citizens - especially expectant mothers. Today's vote is a travesty for all of America - but it has real consequences in rain-swollen areas of Texas where more mosquitoes hatch every day."

This is what we got in response from Hurd campaign spokesperson Eliezer Flores: "The House has already passed $1.1B in funding that House Democrats nearly universally opposed. If Pete Gallego cared so much, he would tell them to get on board."

Naturally, depending on how you view it, you'll either fault Republicans for putting poison-pill language wholly unrelated to Zika prevention in the bill, or you'll blame Democrats for failing to approve the turd they were handed. It's the kind of ridiculous standoff that only Congress could dream up—everybody's wrong, everybody gets to blame politics, and nothing gets done.

Since Congress first failed to pass more Zika prevention funding earlier this summer, the virus has continued to actively circulate in Florida as locally-transmitted cases continue to surface. Texas health officials say at least one person in the state has since contracted the virus while visiting Miami and brought it back to Texas. Last month, health officials blamed an infant's death in the Houston area on Zika-related complications. The CDC reports that there have now been 136 cases identified in Texas. This week local health officials reported two more travel-related cases in the San Antonio area. Public health experts say they're still nervous about cases popping up along the Gulf Coast, where the mosquito that carries the virus mostly lives, because the region won't be through peak mosquito season until at least October.

The only kind of comforting thing about this whole Zika-funding mess: Most people who closely watch this stuff say this week's vote probably doesn't matter that much anyway, that Zika prevention funds will likely become one of those things tacked on to an end of the month emergency stopgap measure that keeps the government funded. That would mean health officials might only have to wait a few more weeks.

Or Congress won't even do that and the government will shut down, again. Because apparently that's just how Congress does things now.