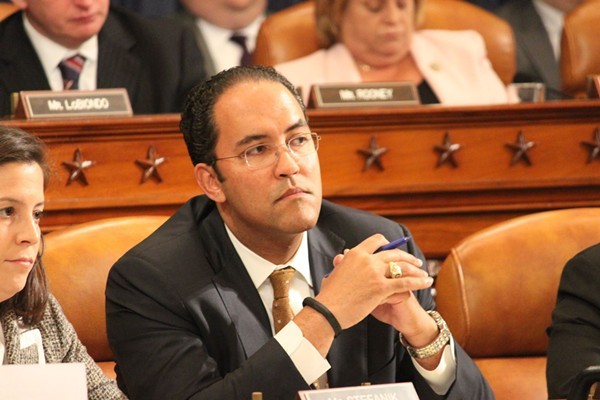 Republican House members in Latino-heavy districts are trying to force a vote that could help Deferred Action for Childhood Arrivals recipients avoid deportation.

Will Hurd, whose district includes San Antonio, was among the five lawmakers who signed onto the effort. Video of their Wednesday press conference is available here.

The filing would require the signatures of a majority of House members to move forward, but could provide a procedural end-run around GOP leadership, which has shut down DACA debate. With the signatures collected, four separate immigration bills could come to a vote.

“We have an opportunity to finally gain operational control of our border and provide a permanent legislative fix for people who came to this country through no fault of their own,” Hurd said. “We cannot avoid action any longer, and this is an important issue that the American people want debated on the House floor.”

Hurd, whose district stretches over more U.S.-Mexico border than any member of Congress, faces a tough fight in November to hang onto his seat. Democratic contenders Rick Treviño and Gina Ortiz Jones, now locked in a runoff, are likely to make Republicans' lack of progress on DACA a campaign issue.