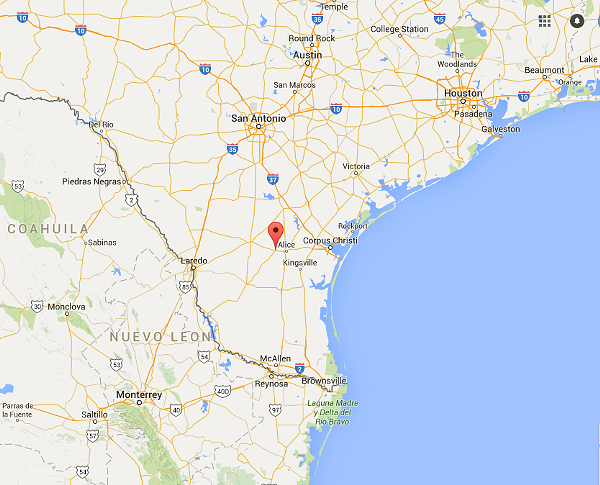 After two months of backlash against proposed family detention centers in South Texas, U.S. Immigration and Customs Enforcement has found a county that is willing to cooperate.

In early June, Serco, the private prison contractor that would operate the facility, attempted to convince Jim Wells County commissioners to negotiate with it and ICE to convert the San Diego nursing home into a family detention center. However, community opposition derailed the plan after Serco declined to participate in a second public meeting. Serco and ICE, however, are taking another shot at turning the same nursing home into a family detention center in San Diego, which straddles Duval and Jim Wells counties.

Duval County Judge Ricardo O. Carrillo submitted the latest proposal to ICE on Friday without holding a public meeting. The San Antonio Current has reached out to Carrillo for comment and will update this post if he responds.

But Carrillo told the Caller-Times that no such meeting was held because "the timeline didn't allow it."

Michael Mulvey, bishop of the Corpus Christi Catholic Diocese, said in a statement that Carrillo bypassed the will of San Diego's residents.

"I believe that the Duval County Commissioners would hear similar things to what the Jim Wells and Dimmit County commissioners heard: that our communities do not want to build facilities that incarcerate vulnerable women, children and babies," Mulvey said.

ICE currently has two family detention centers, one in Karnes and another in Dilley, Texas, where it jails women and children with asylum claims. Immigration advocates who want to end family detention of asylum seekers say it's inhumane and costly. Not only that, groups like Grassroots Leadership, say confinement harms children, causing anxiety, depression and long-term cognitive and developmental damage. There have also been allegations of sexual and physical abuse of detainees. In May, a woman from El Salvador being held at the Karnes facility accused another inmate of molesting her child.

Last July, a federal judge in California ruled that detention facilities in Dilley and Karnes don't meet minimal legal requirements from a 1997 settlement about housing immigrant children. President Barack Obama's administration is appealing that decision. And the Texas Department of Family and Protective Services has been attempting to license the detention facilities as childcare centers. On June 2, however, State District Judge Karen Crump ruled on the side of activists who sued DFPS, saying the agency can't lower its standards to license immigration detention facilities.