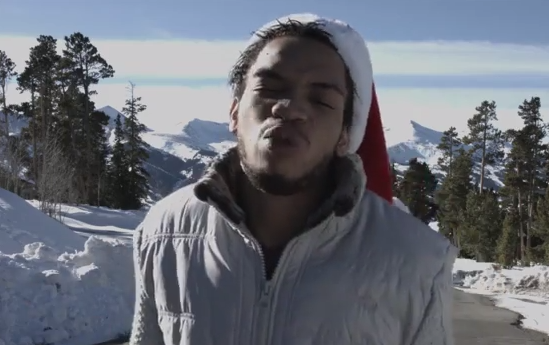 I don't know who was assigned to put a stop to the madness that is IceJJFish, but whoever they are, they are not doing their job. The terrible R&B rapper has released another terrible music video, this time for an ear-piercing Christmas song.

It's called "This Christmas," and, no, it is not a cover of that "This Christmas," you know, the good "This Christmas" by Donny Hathaway. If it's a cover, I can't honestly tell you, because I can't make out a lick of what IceJJFish is singing. "This Christmas" sounds like the noise I imagine a dying guppy would make underwater. All I can say definitively is that the song is from IceJJFish's 2013 self-released album Joy, but the video is a brand new aural and visual monstrosity that was unleashed yesterday.

Watch for yourself.  We sincerely apologize, but we had to watch it, so now so do you. Consider it a gift ... that you'll want to return.