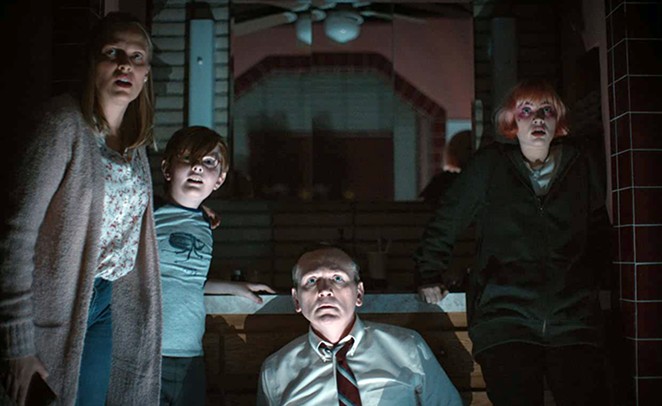 IFC Midnight has picked up We Need to Do Something, a horror film based on a novella by San Antonio author Max Booth III, for North American distribution, Hollywood news site Deadline reports.

The movie, which also features a screenplay by Booth, will get a theatrical and premium-video-on-demand release September 3, according to Deadline. IFC Midnight is the horror, thriller and science fiction offshoot of IFC Films.

By way of transparency, Booth occasionally writes about books and film for the Current.

We Need to Do Something follows teenage protagonist Melissa and her dysfunctional family as they become trapped inside their house following a cataclysmic storm. As tension mounts, Melissa begins to understand that she and her girlfriend could have something to do with horrors lurking outside.

We Need to Do Something is the debut feature for director Sean King O’Grady and will be screened at the Tribeca Film Festival in June. The cast includes Sierra McCormick (The Vast of Night), Vinessa Shaw (Eyes Wide Shut) and Pat Healy (Cheap Thrills).

“It requires incredible skill to be able to ratchet up that much tension from just a few very key ingredients, and Sean executes his debut with absolute precision and a much needed sense of humor," IFC Films President Arianna Bocco told Deadline. "IFC Midnight is thrilled to bring this wildly entertaining yet disturbing chiller to audiences nationwide.”