In Case You Missed It: Wilco's Jeff Tweedy Sings a Lullaby to Stephen Colbert 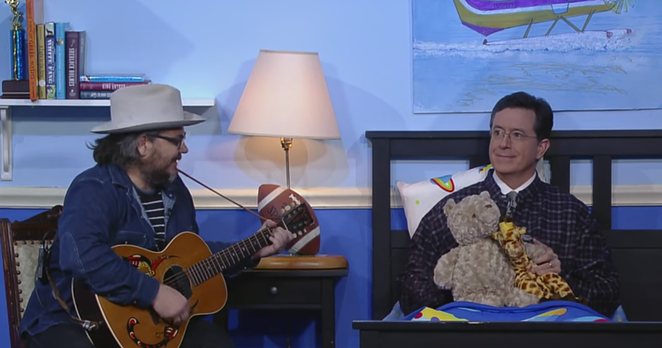 Tweedy, the grisly prototype of the modern folk-hipster, also happens to be one hell of a songwriter, performer and seemingly funny dude (in case you didn't know). Last night, as guests on the The Late Show with Stephen Colbert, Wilco performed "Random Name Generator" off of the groups 2015 release Star Wars.


However, Tweedy didn't stop there. In true flannel-daddy fashion, Tweedy tucked in Colbert and sang him a lullaby. But what lullaby is complete without a whistle duet? Colbert was happy to oblige the frontman as they lullabye'd the viewing public off to sleep.