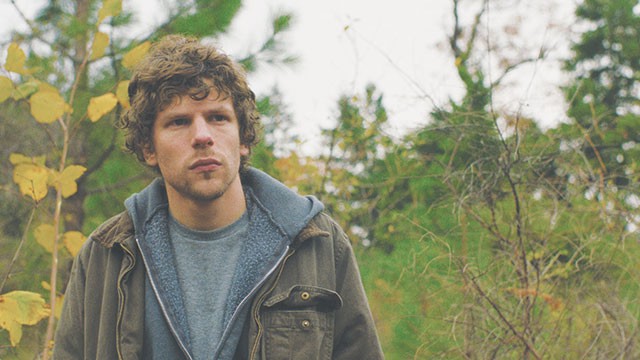 In about a half-dozen conversations I’ve had in the last week about Kelly Reichardt’s Night Moves, at some point the question comes up: Is it named after the Bob Seger song? Does the film feature the song?

No, it is not, and no, it does not. That song is so iconic (aside from being a No. 4 hit in 1976-77, it’s a staple of classic rock radio), it does seem odd that a movie that has literally nothing to do with teen romance would share the name. Maybe that’s part of the plan: Lure in viewers looking for some nostalgia and then blow their minds with an intense but quiet thriller about a trio of would-be eco-terrorist environmentalists.

Hopefully, the filmmakers—and for that matter, viewers—aren’t so cynical. If anything, Night Moves will suffer comparisons with Zal Batmanglij and Brit Marling’s The East, a 2013 film about a woman investigating eco-anarchists who slowly succumbs to a mild case of Stockholm syndrome.

Night Moves is quieter than The East, and better, following a trio of people—Josh (Jesse Eisenberg), Dena (Dakota Fanning) and Harmon (Peter Sarsgaard)—plotting to blow up a hydroelectric dam using a boat carrying approximately one ton of nitrogen-enriched fertilizer. The boat is called “Night Moves,” and the plan is to be carried out at night—you can’t blow up dams in the daylight, people.

Josh is a taciturn farmhand in Oregon. Dena is a rich kid who works at a spa. They’re both fervent environmentalists, and they know working on small farms and in holistic spas isn’t going to prevent developers from wrecking the countryside to build more golf courses.

One of the strengths of Reichardt’s and Jon Raymond’s screenplay is that it never lays out explicitly what Josh and Dena, and eventually Harmon, are doing. It’s an excellent example of show-don’t-tell; the characters dole out bits of information to each other on a need-to-know basis, and the audience is in the dark as much as each of the characters is.

Reichardt’s direction is likewise a plus. The dialogue is kept to a minimum, and there are several stretches throughout the film during which more is said with looks, glances and unsteady hands than with words.

The film opens with Josh and Dena checking out the dam they plan to destroy. Soon after, they’re buying the boat for $10,000 cash from a homeowner in the suburbs. Josh and Harmon develop misgivings about Dena, but her ability to pay for the boat and extra fertilizer goes a long way in allaying their fears.

Josh and Dena hook up with Harmon in middle-of-nowhere Oregon and begin setting up. Harmon has good fake IDs for them, but not enough fertilizer, and one of Night Moves’ first taut moments comes when Dena is forced to negotiate at a farm supply store for more.

The store manager (James Le Gros, who’s excellent and rapidly becoming a secret weapon in indie films after years of small parts in big movies and TV shows) won’t sell Dena the fertilizer without and ID and a social security card. “You’d sell it to me if I looked like these guys,” says Dena, pointing to two farmers behind her.

“I know them,” he says. But Dena’s a good talker, and convinces the manager that her (fake) farm will go under without a 1,000-pound purchase. The long section of Night Moves in which the gang plants the bomb at the base of the dam is one of the best action sequences in years, complete with hushed voices, thwarted goals, police stops and moments when it appears the trio will be caught.

Of course, the bombing aftermath brings a host of problems for all three of the leads, and it’s here that Night Moves falters. It’s hard to say what Reichardt and Raymond could have done differently, screenplay-wise. Both Josh and Dena start to crack under the pressure and police scrutiny. One nice twist is that the farm community where Josh works suspects him, too. The ending feels perfunctory, even if it also appears to be the only logical outcome.

All three leads are excellent. Fanning has been transitioning well into adult roles, and her portrayal of Dena toes the line between optimistic teen and pessimistic adult. Sarsgaard is good, as always, and does what he does when he’s in smarm mode.

The biggest surprise is Eisenberg. For years he’s been playing fast-talking teens or fast-talking young adults (or Mark Zuckerberg), and in Night Moves he brings an entirely different energy. Josh is a sharp, watchful, taciturn misanthrope who has trouble making friends and is undoubtedly the kind of person who would blow up a dam without realistically thinking through the consequences.

Overall, Night Moves is about as good as movies get. Reichardt is a gifted filmmaker (see also: Meek’s Cutoff and Wendy and Lucy), and despite some faltering toward the end, Night Moves maintains its palpable sense of unease and tension. It will be fascinating to see what Reichardt makes next.