In his own words: Dan Ramos on Stonewall, homosexuality (audio file) 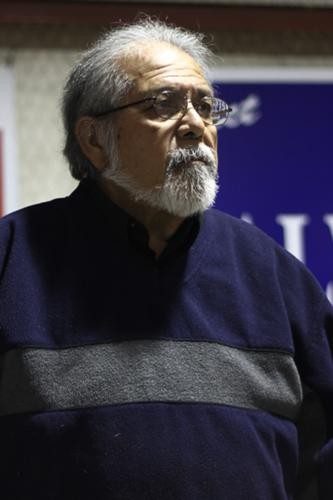 I didn’t call Bexar County Democratic Chair Dan Ramos more than a week back to coax ugly epithets from the man. I called to talk shop. Specifically on my mind: the local party’s former treasurer heading back to court for a trial setting, and a bill introduced in the Texas Lege by state Representative Trey Martinez Fischer apparently aimed at unseating the divisive Ramos. While the local dems’ meetings have been flowing a bit more smoothly of late, inter-personal relationships feel as toxic as ever.

But when Ramos compared the Stonewall Democrats to the Nazi Party and homosexuals to children born with polio, I knew I had to step in front of my intended story with something more immediate. The first blog post was enough to inspire state Dem Party Chair Boyd Richie to call for Ramos’ resignation. Others quickly followed.

When I called Ramos back on Monday, March 14, he never denied the comments he had made, he only objected to their being emphasized to the exclusion of others. After all, our original interview lasted about 35 minutes. The anti-gay rhetoric? Just a few minutes.

Ramos referred to his 40 years of civil rights work, adding: “I don’t have to defend my way of doing things.”

Last week, Ramos suggested at a press conference that his language had been manipulated, according to QSanAntonio.com, that perhaps it wasn’t even his voice on the recording. With that in mind, I thought it best to release the portion of the interview in question. The three minutes and forty seconds include both my questions and his unedited responses. Hopefully this will provide an appropriate level of clarity and answer any questions of the context in which the statements were made.

There is one gap in the recording below representing about 10 minutes in which Dan and I spoke about several other matters: including Fischer’s bill, the state chair, various other Democrats, as well as DA Susan Reed and Ramos’ efforts to widen the criminal investigation beyond Dwayne Adams via [what Ramos described as*] his personal lawsuit [but is being pursued by the Bexar County Democratic Party*] (which also names former party chair Carla Vela) being handled by SA attorney David Van Os. — Greg Harman