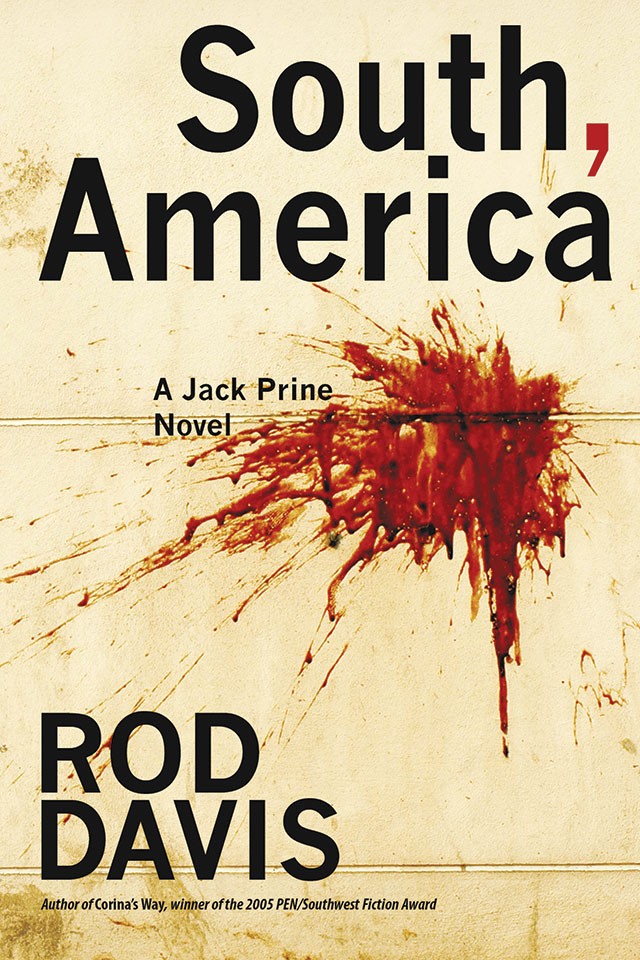 The newest novel from author Rod Davis begins with a dead body on the curb in Marigny, downriver of the French Quarter in New Orleans. The deceased African-American man, Terrell “Young Henry” Meridian, is found by Jack Prine, a recent resident of New Orleans, on his way to grab a “big mug of Guatemalan.”

We learn quickly that Prine—a Vietnam-era vet, ex-reporter and sometimes private investigator—is uniquely suited for finding dead bodies, and getting tangled up in the deceased’s unfinished business. When Prine receives a rather disconcerting, yet intriguing, phone call from Young Henry’s sister, Elle, he agrees to meet “a beautiful woman with a dead brother and a troubled mind.” When Prine signs up to help this woman he hardly knows, it all “goes south” from there.

From New Orleans to Jackson, Miss., the couple realizes there’s more than meets the eye surrounding Young Henry’s murder, and they’re high on the hit list. Jack and Elle’s cluelessness doesn’t dissuade a group of bad guys from chasing them down in pursuit of a pricey painting stolen by Young Henry. Jack and Elle try to find the painting and return it to avoid being killed.

Every twist and turn of the road reveals another unexpected, troubling speed bump. A seemingly simple journey turns complicated and dangerous as the couple zigzag through Louisiana, Alabama and Mississippi. While not a “road trip” book, Davis manages to immerse the reader in the flavor and landscape of the Deep South.

As Jack and Elle rather predictably become romantically involved, the emotional stakes increase. There are thugs and thievery, family secrets and fortunes, and a woman strung up naked from a ceiling beam. The more the web of secrets untangles, the more engrossing the read. And even those who think they’ve figured it all out long before the last pages will likely get a jolt from a couple of late plot twists.

Davis lives in Texas, served in the military, received the inaugural fiction award at the PEN Southwest Book Awards in 2005 for Corina’s Way and authored the non-fictional American Voudou: Journey into a Hidden World. Davis’ eclectic background and personal experiences inform the colorful southern characters in this engaging thriller. Meet this born storyteller at a reception and book signing this Friday, with live music by the duo St. Charles and Napoleon (Donna Pardue and Tee Fernandez).