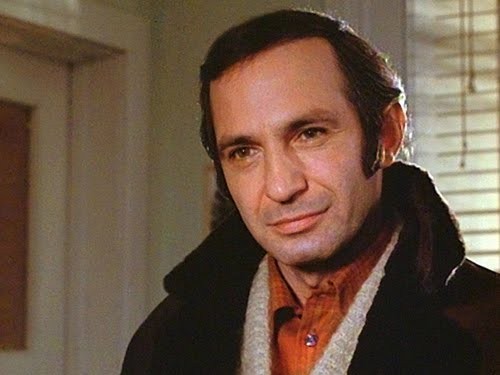 Stage, TV, and film actor Ben Gazzara, a Lee Strasberg student who played Brick in the original Broadway production of Cat on a Tin Roof, died Friday of pancreatic cancer at age 81.

His long, eclectic career earned him a reputation as an intense, visceral, intuitive, and natural actor. He won a supporting acting Emmy for his work in the HBO movie Hysterical Blindness (one of four career Emmy nominations) and was nominated to three Golden Globes for his starring role in the TV series Run For Your Life (1965-68 on NBC). But it was in film where he earned the greatest acclaim, especially for his influential work with John Cassavetes, the father of American independent cinema.

His role in Cassavetes' Opening Night, as the stage director trying to get the best out of a troubled leading lady (Gena Rowlands), is my favorite role of his, even above his Cassavetes debut in Husbands or his career-defining role in The Killing of a Chinese Bookie. Hearing him and Rowlands talk about the making of Opening Night should be taught in any film school, especially those who presume of instilling "the independent spirit" in its students.

If Rowland's was the symbol of her husband's movies, Gazzara was its male model, the embodiment of what natural, risky acting meant.

“I won’t tell you the pictures I turned down because you would say, ‘You are a fool.’ And I was a fool,” he told Charlie Rose in 1998. But he was no fool, and his body of work speaks volumes of his brilliance and integrity. — Enrique Lopetegui