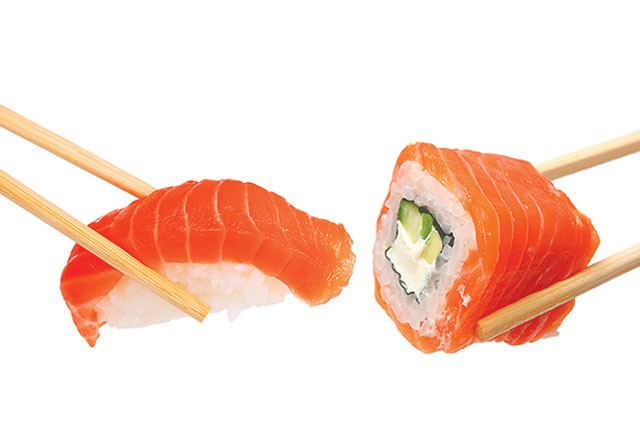 Sad news for San Antonio — the James Beard Award finalist list is out, and none of our hometown heroes made the cut. Chef Michael Sohocki from Restaurant Gwendolyn and chef David Gilbert, formerly from Sustenio, were both nominated for Best Chef in the Southwest as semifinalists. And Bruce Auden’s Biga on the Banks was nominated for Outstanding Service, but none of these nominees made it to the recently announced finalist list. We’ll discover the winners of the culinary awards on May 6. With several new, worthy restaurants opening this year, here’s hoping more of the San Antonio crew will be nominated in 2013.

There’s a new sushi restaurant at 9102 Wurzbach, Yellowfish Sushi. Many will remember that this building formerly housed a car inspection and fruit cup establishment. Yellowfish kept the same feel on the outside, so it resembles a drive-through sushi bar. But it’s actually a serious restaurant focusing on sustainability. I dined there earlier this month, and I predict it’ll give nearby Sushi Zushi and Wasabi a run for their money.

I do my grocery runs on Sundays, and every year I forget that H-E-B is closed on Easter. So remember that you’ll have to wait until Monday to get discount chocolate bunnies and Peeps. (Or find another grocer).