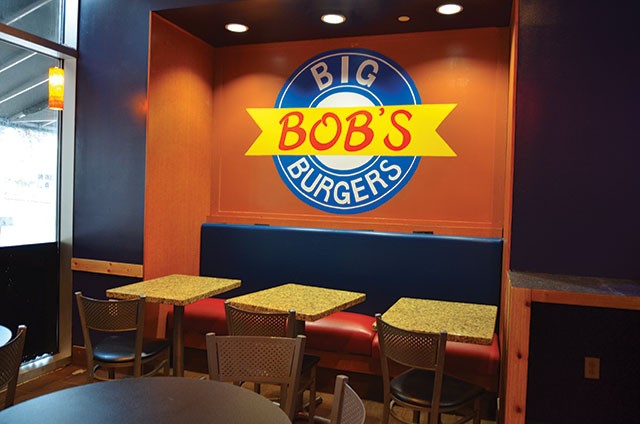 There’s a new tapas restaurant open in the Blue Star complex. Barraca (1420 S Alamo, Ste 101) is a paella and tapas bar serving traditional Spanish fare like patatas bravas and piquillos rellenos. The Current loved Chef Javier Flores’ Cheeks and Chops food truck and has high hopes for this endeavor. I can count on two hands the number of tapas bars in San Antonio, and on one hand the number of good ones. Here’s hoping Barraca stays true to its Spanish roots and doesn’t start offering French fries to please hungry First Friday customers.

Lüke chef-owner John Besh is going into Gordon Ramsay territory—by hosting a restaurant renovation show on Spike TV. Besh is teaming up with Top Chef chef-testant Tiffany Derry and Bar Rescue’s Jon Taffer on Hungry Investors, set to premier next spring. To help revive restaurants on the brink, each episode they’ll take two restaurants and pit them against each other. The one they judge to have the most potential wins a monetary prize. Both Besh and Derry have Texas roots–Besh has Lüke San Antonio and Derry is from Beaumont–so maybe we’ll see some local spots on the show.

The Friendly Spot (943 S Alamo) has a new chef—Scott Boone, previously at 20nine. The new bar menu features French flat breads, bacon-wrapped brats and house-made salmon cakes. Owners Steve and Jody Newman have a lot of irons in the fire right now, between bringing in Boone and working on Tuk Tuk Taproom (1702 Broadway), the upcoming Thai gastropub on Broadway. They’re partnering with chef David Gilbert (formerly with Sustenio) for Tuk Tuk. It looks like the opening will be soon, judging from a recent call for staff for Tuk Tuk and the Friendly Spot. HINT: Keep an eye on Tuk Tuk’s Facebook and Twitter for soft opening dates.

Food truck Chillin and Grillin Trailer celebrated their first anniversary by closing up for good. The truck served American fare, flatbread pizzas and burgers, to many loyal fans around town. The truck had its last service this past Sunday, September 1 at The Point Park & Eats. In other food truck news, Pork U and SpiceSea Gourmet also celebrated their first year of service at The Point over the weekend, with no related closures.

Speaking of The Point Park & Eats (24188 Boerne Stage) … the food truck park will host a three-mile run, Wednesday, September 18 at 6:30 p.m. Attendees can enter to win a drawing for a Rock ’n’ Roll San Antonio Marathon or Half Marathon registration. Prizes will be awarded to the top male and female runners. After you go for a trot, you can have dinner and a $2.50 pint at The Point.

If you feel like we don’t have enough food truck parks here, there’s another one on the Northwest Side. The Block (14530 Roadrunner Way) will host food trucks and serve beer and wine. Follow them on Facebook for details about their grand opening this weekend.

Westover Hills! You have a new frozen yogurt place—there’s another Orange Leaf at 151 and 410. It opened over Labor Day weekend, but the grand opening is Saturday, September 14.

A few burger places are adding locations—Big Bob’s Burgers (447 Hildebrand) and Fattboy Burgers and Dogs (2345 Vance Jackson) are both opening up second locations. Fattboy is coming to Huebner and Big Bob’s opened in the Vistana on September 1. More news coming as things shape up.